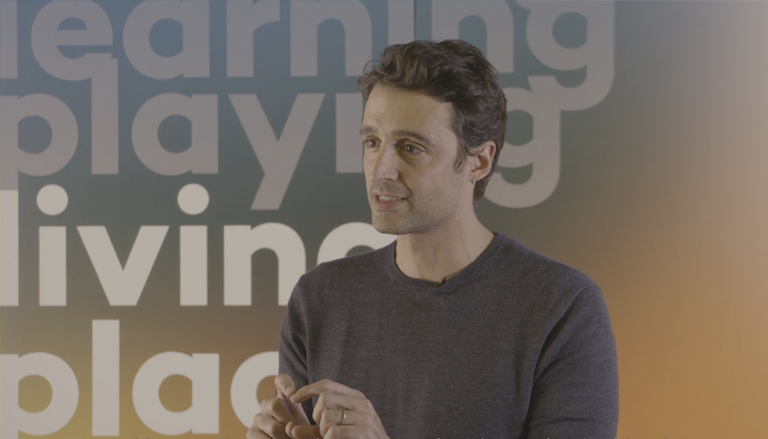 Intimate interview with the creator of the trophy and its complements: Andreu Carulla.

With the aim of transferring the philosophy behind the award to the design of the trophy, Andreu Carulla looked at the origins of Simon. With its factory located in the volcanic region of Olot, it made sense for the trophy to feature the natural material basalt, extracted from Spain’s last remaining quarry, located just 10 kilometers from the Simon factory. 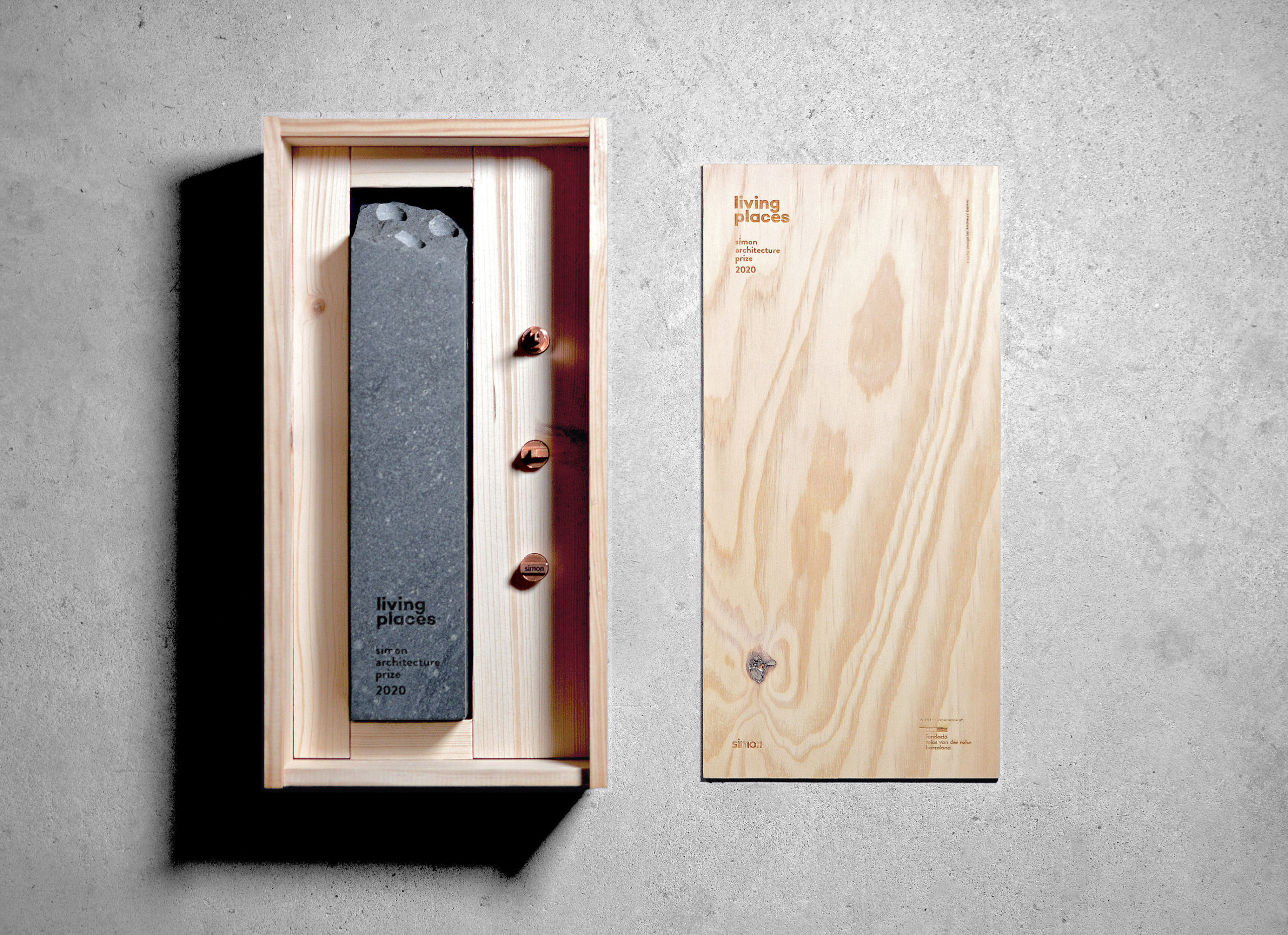 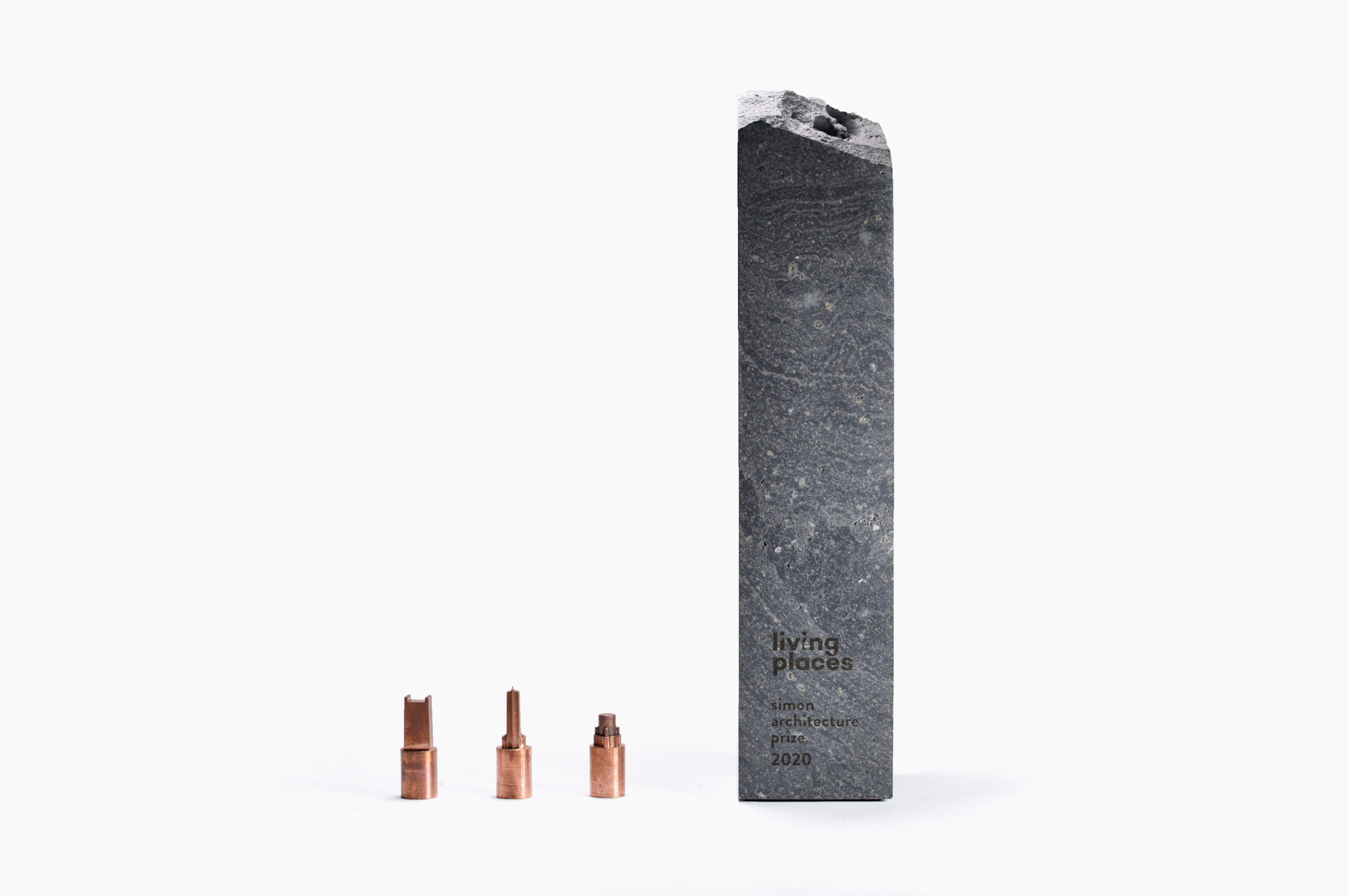 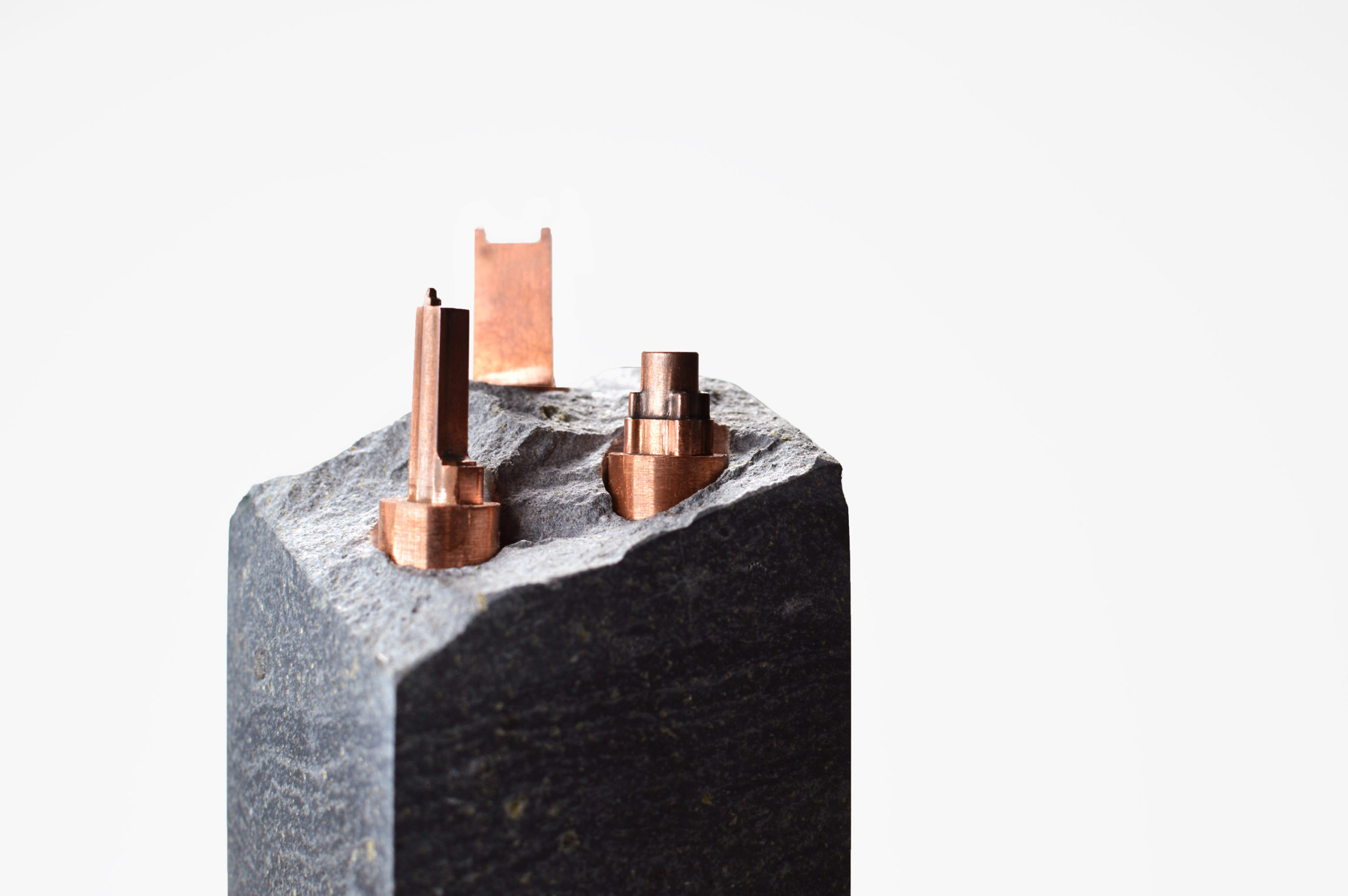 Using the same electrodes that Simon uses to produce its pieces as an integral component of the trophy, the goal was to create a hilltop city nestled in volcanic rock, a reference to both the origins and the objective of the award, thus transmitting a sense of belonging, purpose and connection.

After the last award ceremony of the Living Places – Simon Architecture Prize, the team realized that the winners had to carry the trophy under their arms, so they asked us to think of a way of transporting it that was useful, practical, beautiful and in line with the award.

From the start, we knew that we didn’t want a typical container, but something carefully thought out and worthy of the award, of the trophy itself and of the company. We wanted to create a bag that was closely linked to Simon’s values, yet free of any pretentious concept. 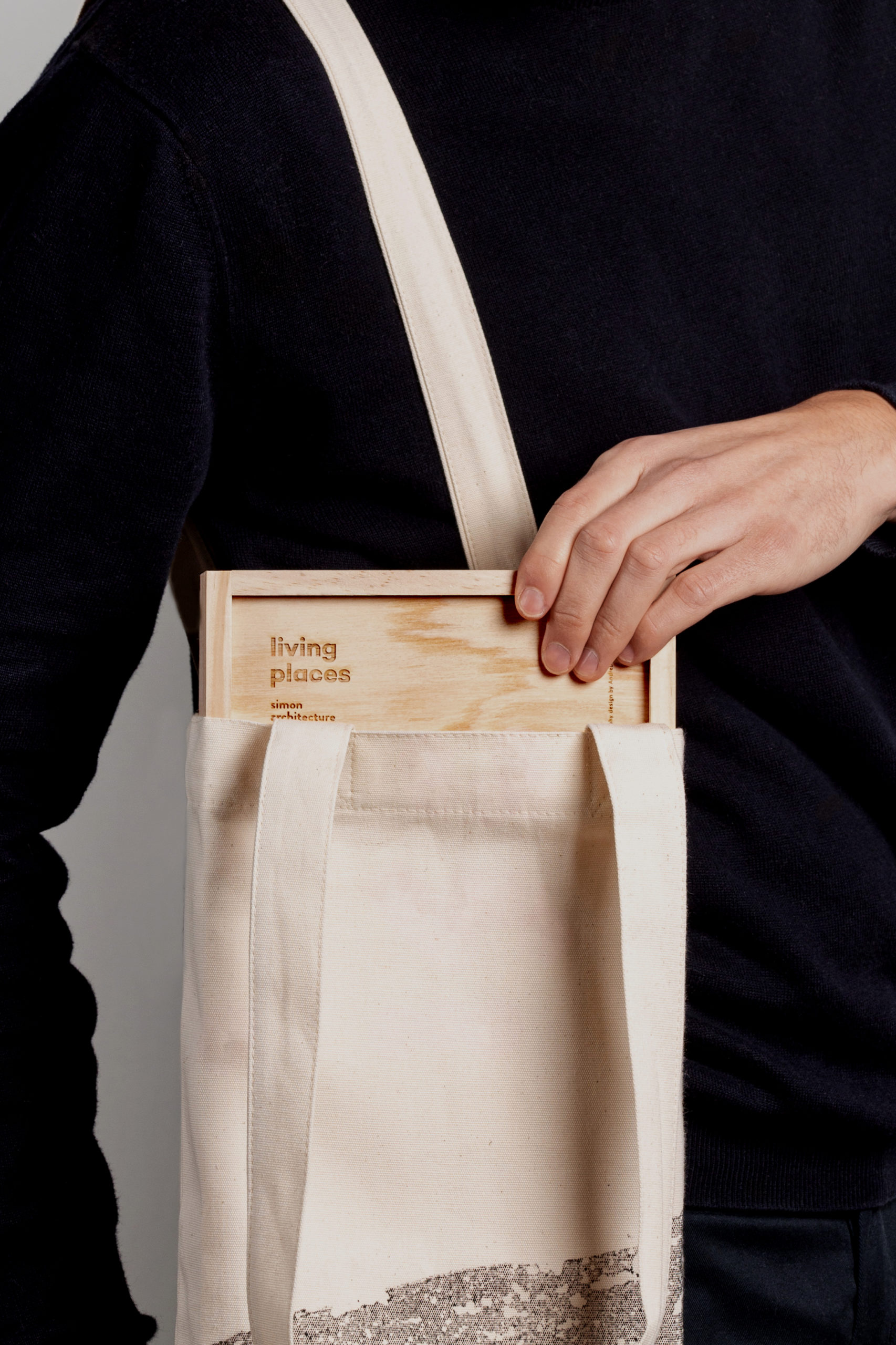 The inspiration came from basalt (a volcanic rock used to make the trophy), which abounds in the subsoil of the earth around Simon’s factory in Olot, the birthplace of the company over a century ago. A rough cut of this porous stone allowed us to play with some ideas until we found a way to print it on the fabric of the bag, thus leaving an imprint that offers great symbolic value. 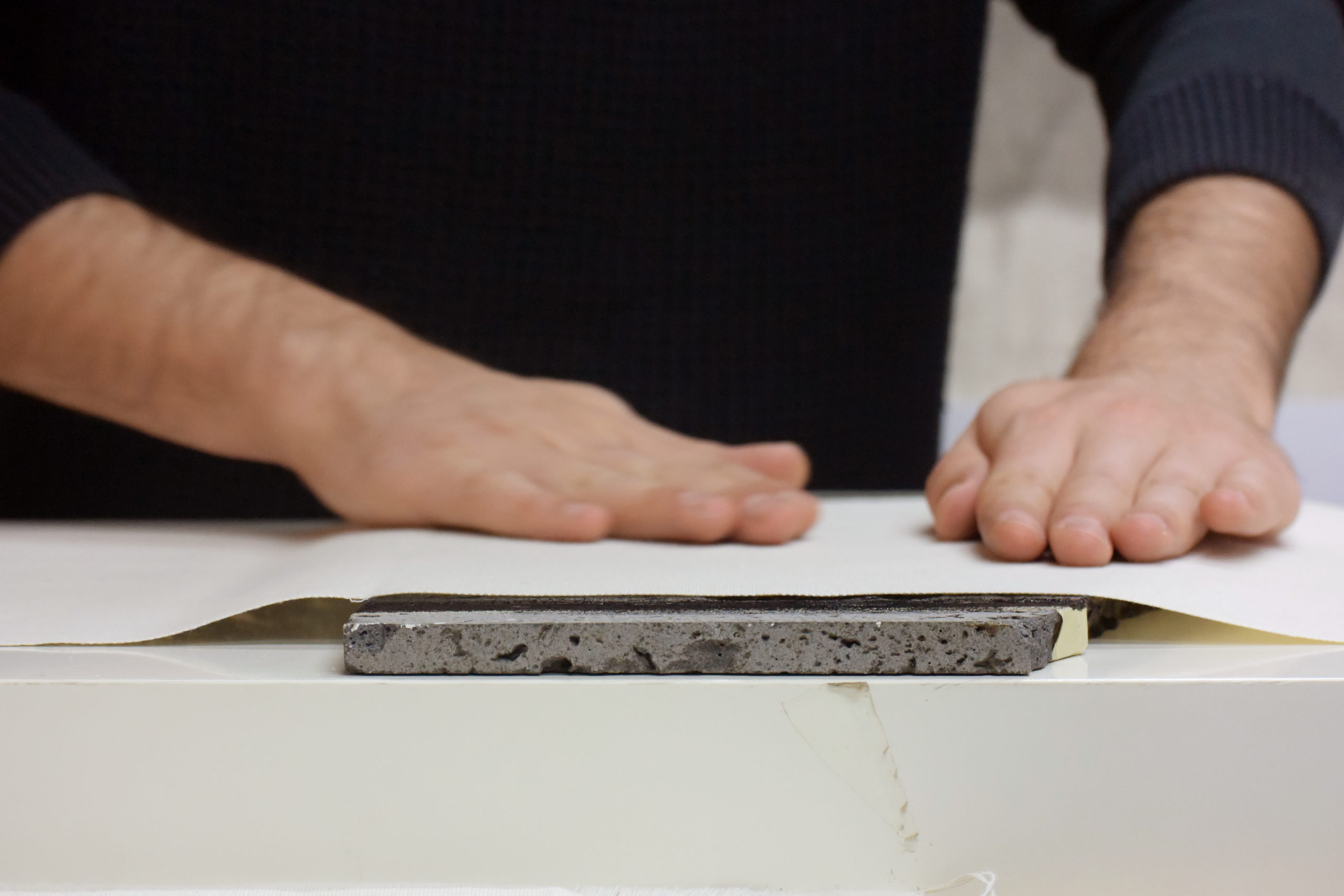 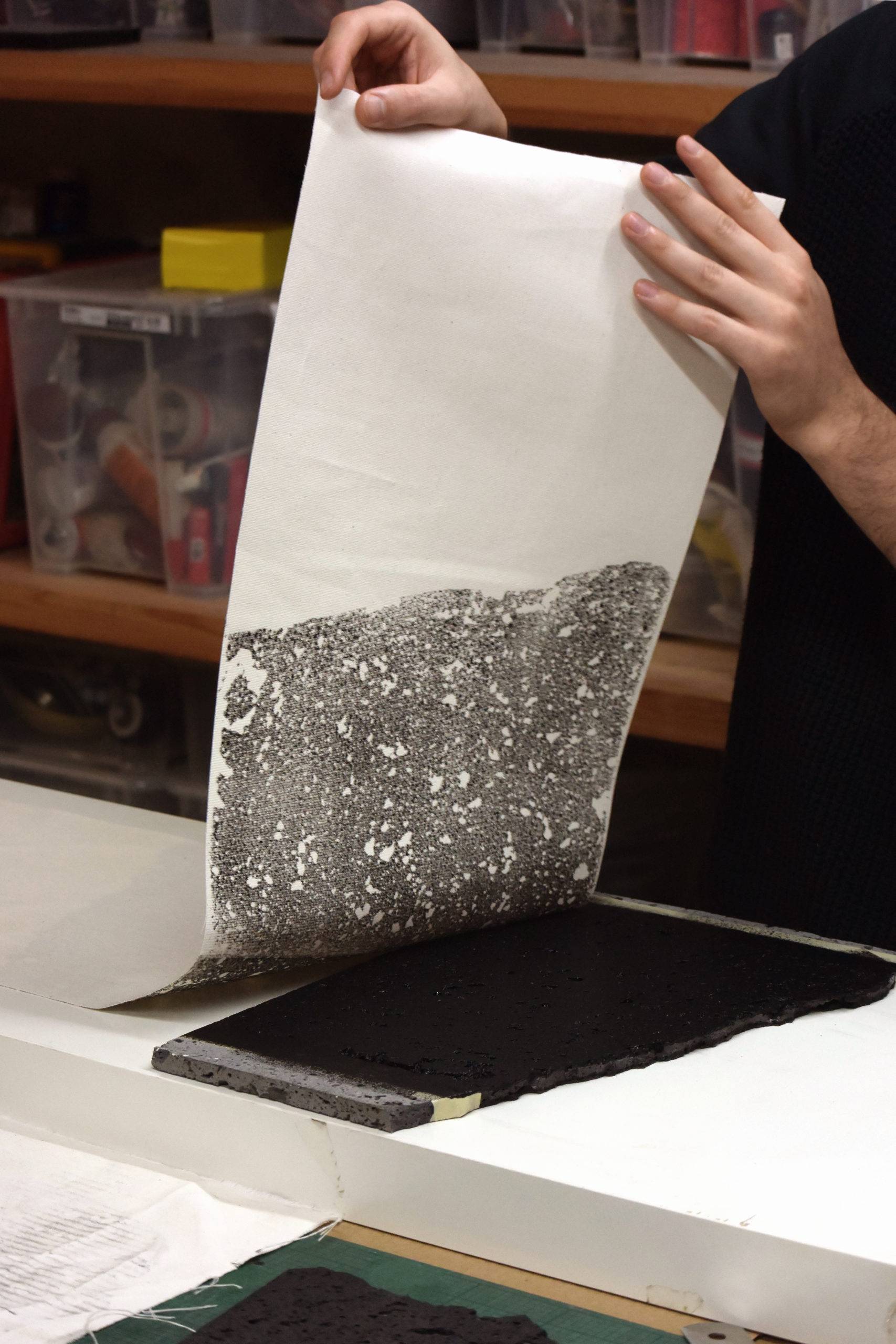 Each bag is completely hand-made and there are no more than 20 units in existence. The production itself, as well as the design, is handmade because, after an intense search for suppliers, we were unable to find any that were willing to produce them. That’s why we spent many hours on the manual process until we felt satisfied with the end result. 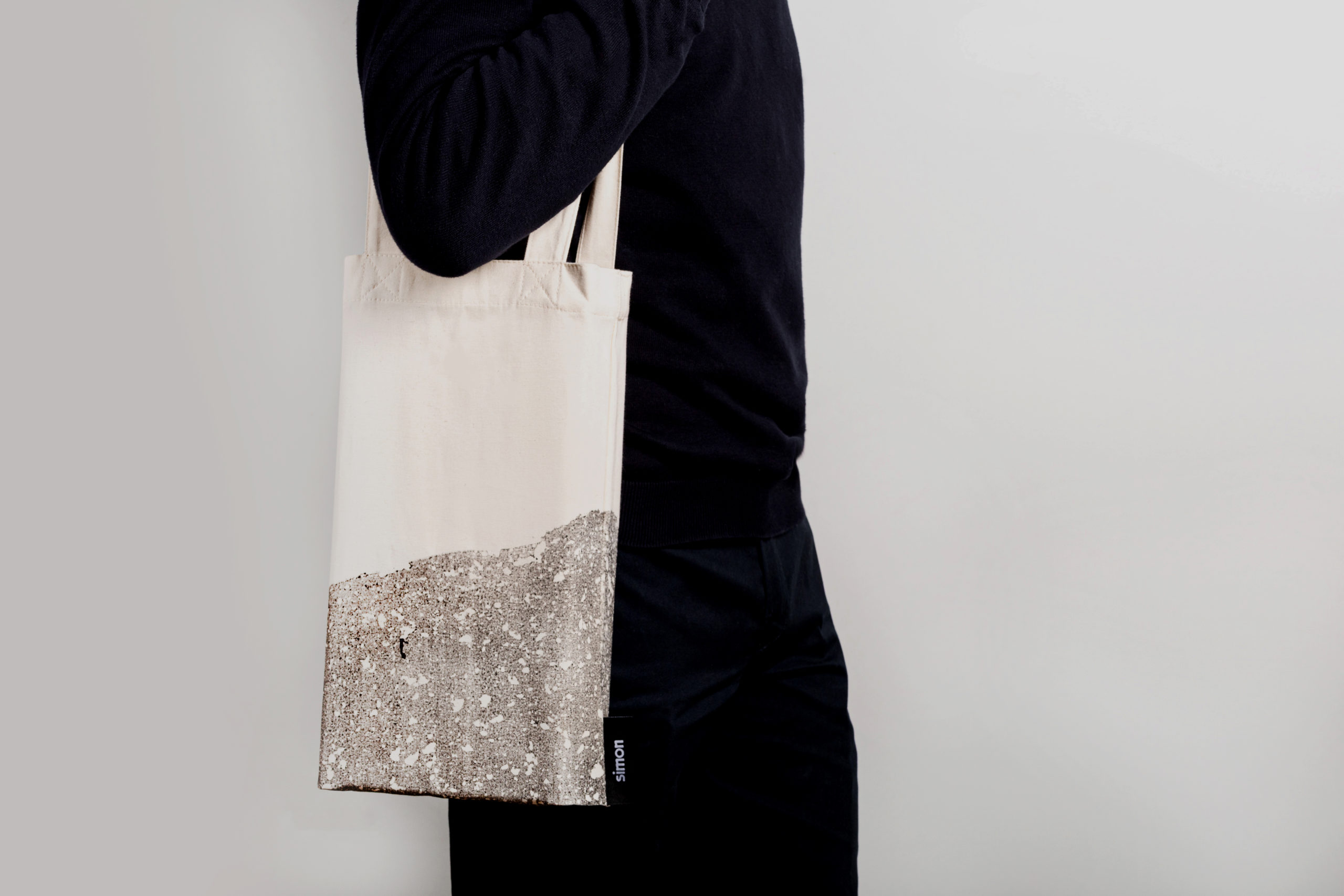 Each bag is made with organic cotton because we didn’t want to work with a product derived from petroleum, to respect both the materials and the manufacturing process. 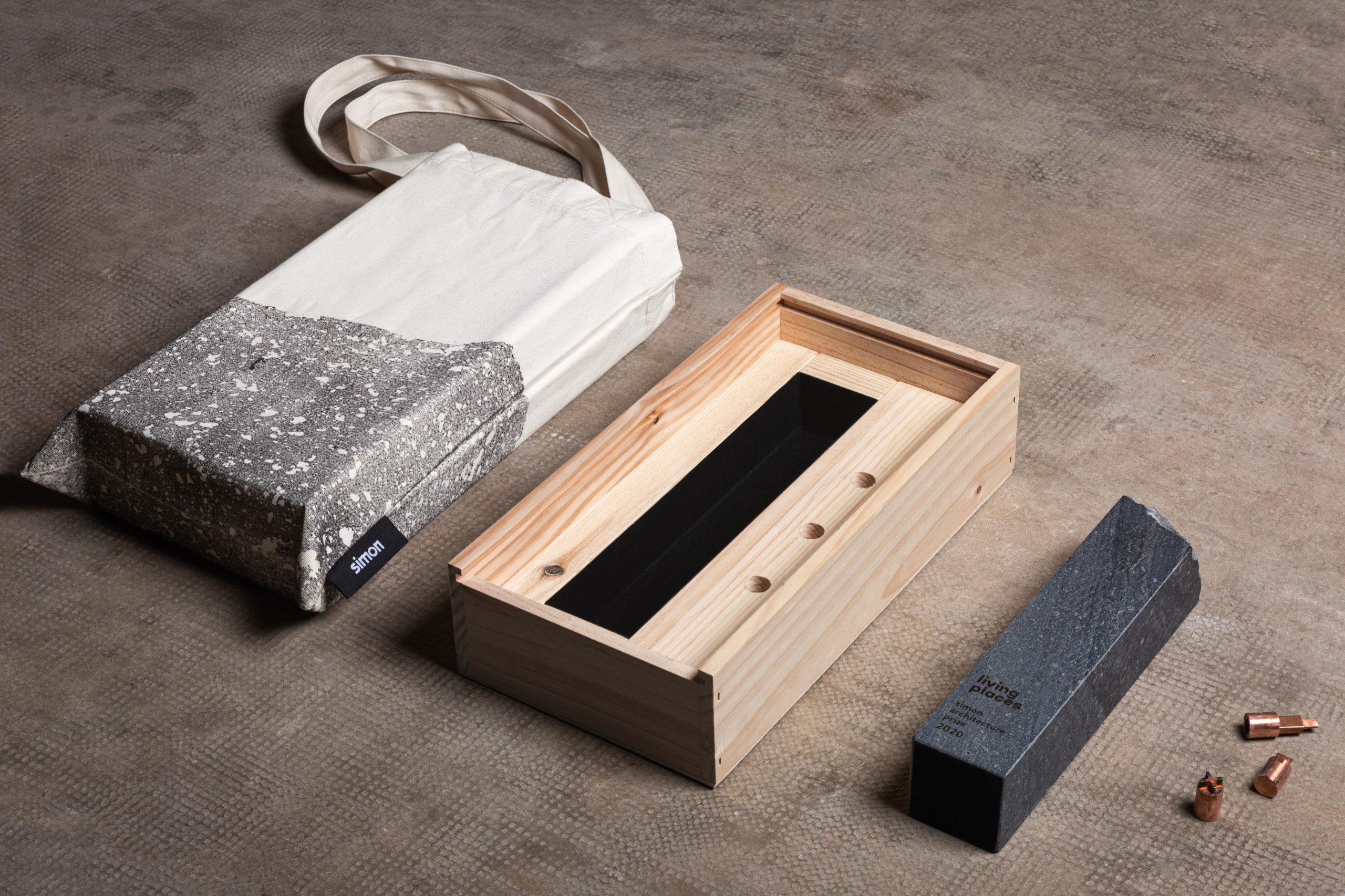 The result is a bag in line with Simon’s sensitivity, with that of the award (which recognizes architecture as somewhere to be lived in), with the idea that it will have many lives and that it is to be used not just to contain the award, but over and over thanks to its versatility and reusability. That’s why we discarded any excess of corporate identity with large logos, opting instead for a discreet Simon label, a nod to the world of sustainable and reusable fashion.

One aspect that I would especially like to highlight is that the makers of each bag are women at risk of social exclusion, who work with great care and diligence in the workshops run by Cáritas Girona. The mission of this organization is to act as a springboard for these women towards the labor market. And in this sense, when I went back to show them the finished bags, it was lovely for me to see how many of them were no longer in the workshop as they had been hired by different companies in the region. 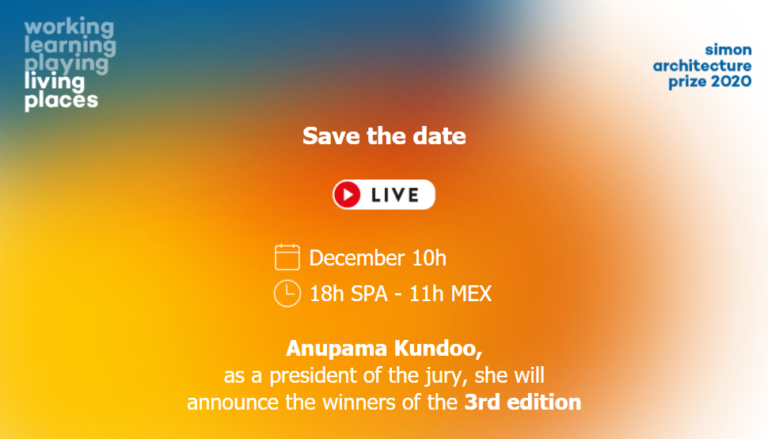 online conversation between anupama kundoo and the winners 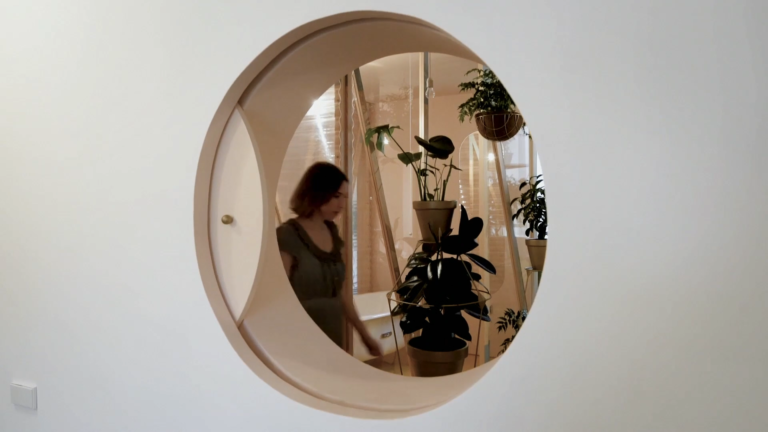 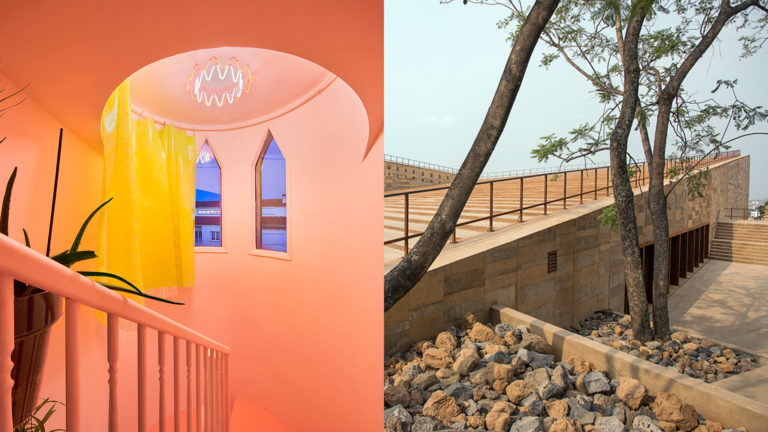 The ‘Living Places’ Simon Architecture Prize is a Simon initiative that has had the support and advice of the Fundació Mies van der Rohe.
We use cookies to ensure that we give you the best experience on our website. If you continue to use this site we will assume that you are happy with it. Cookies policyOk