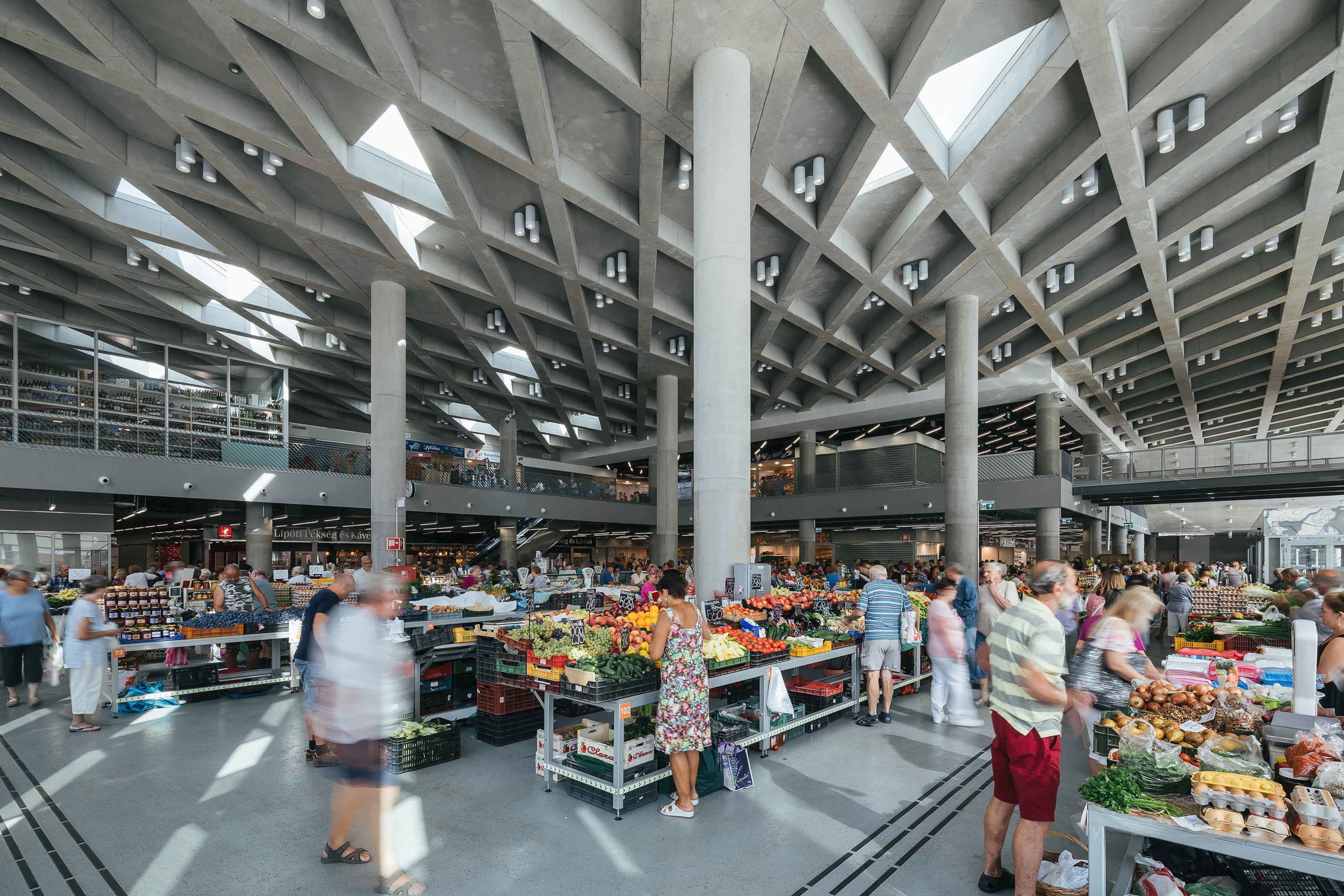 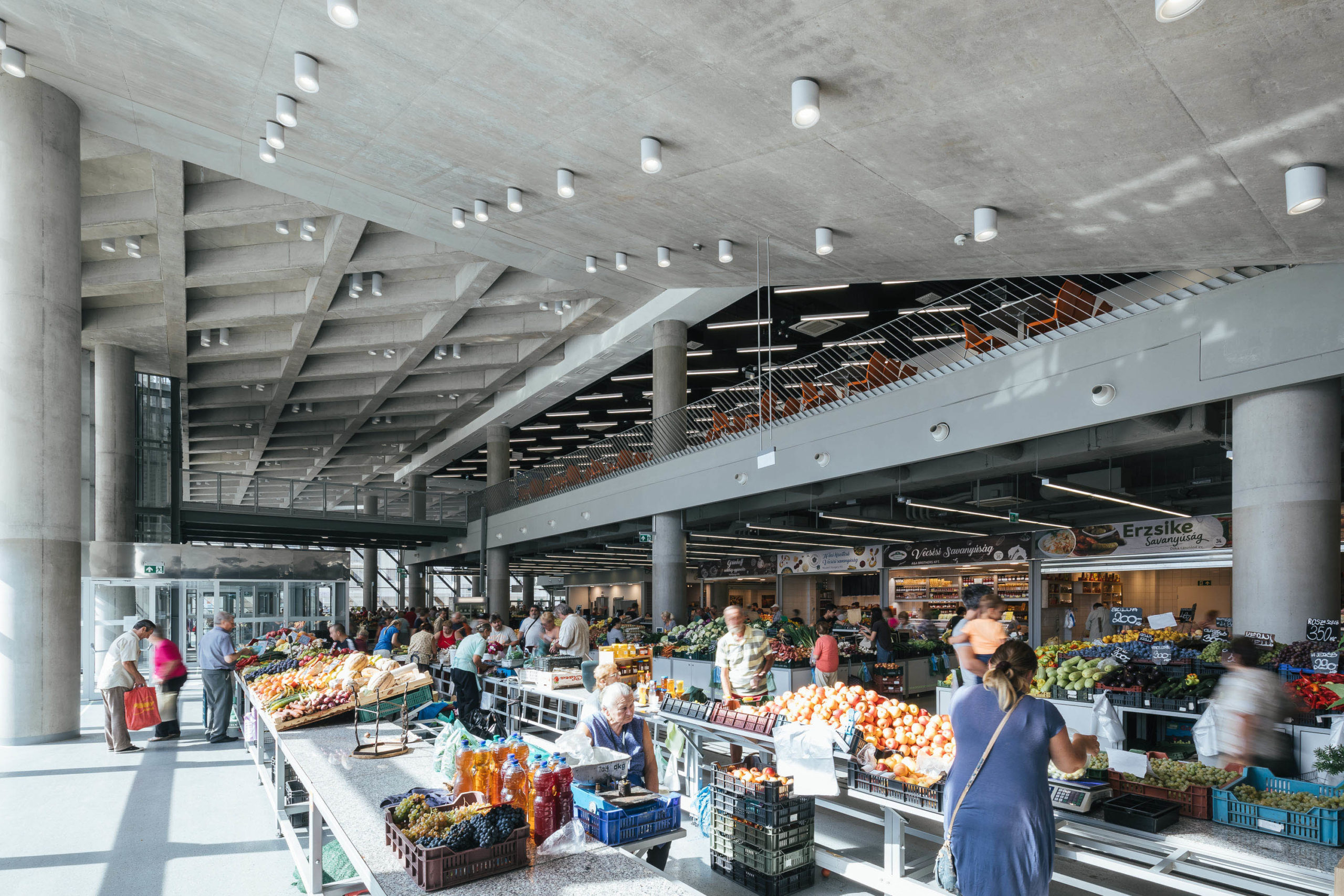 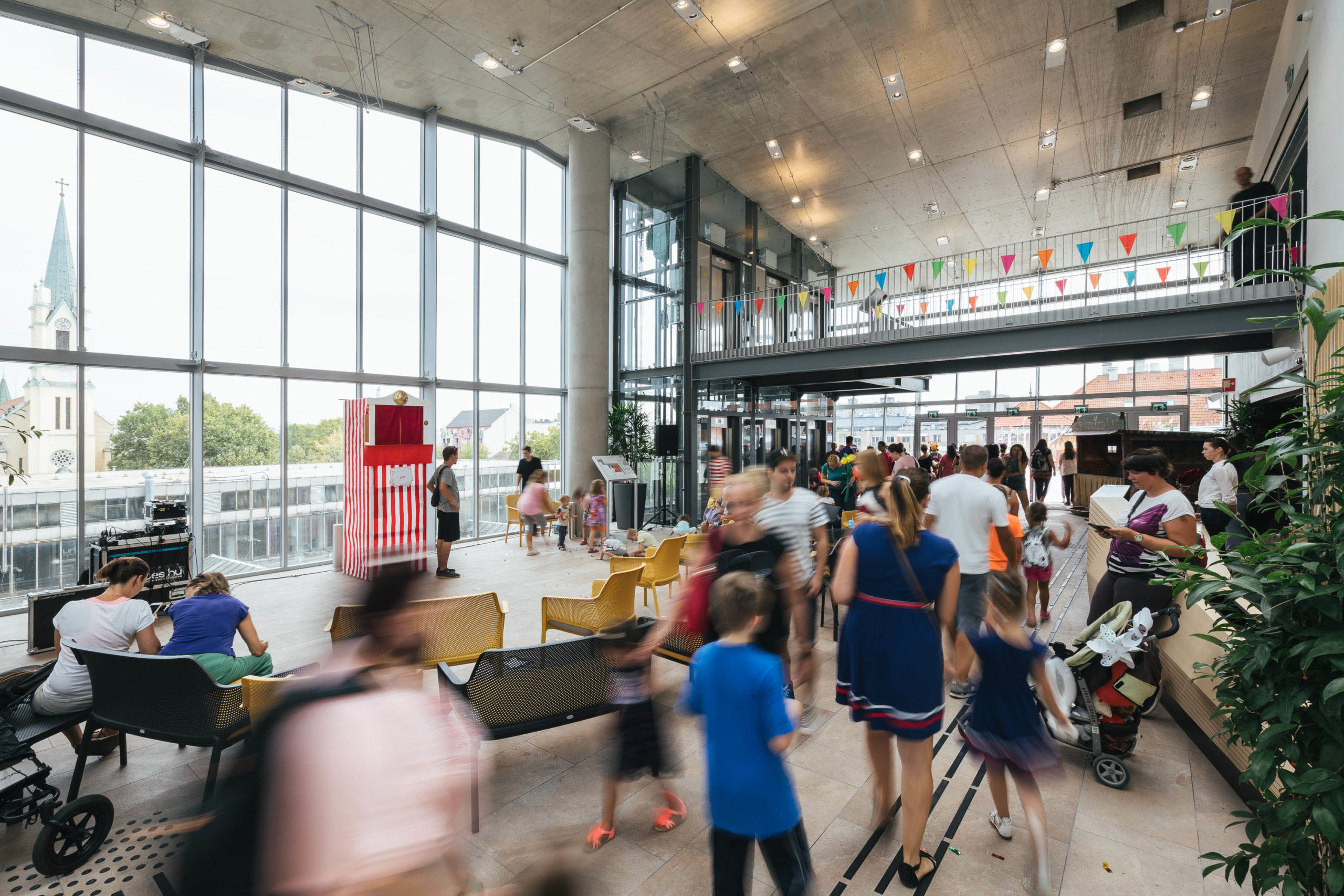 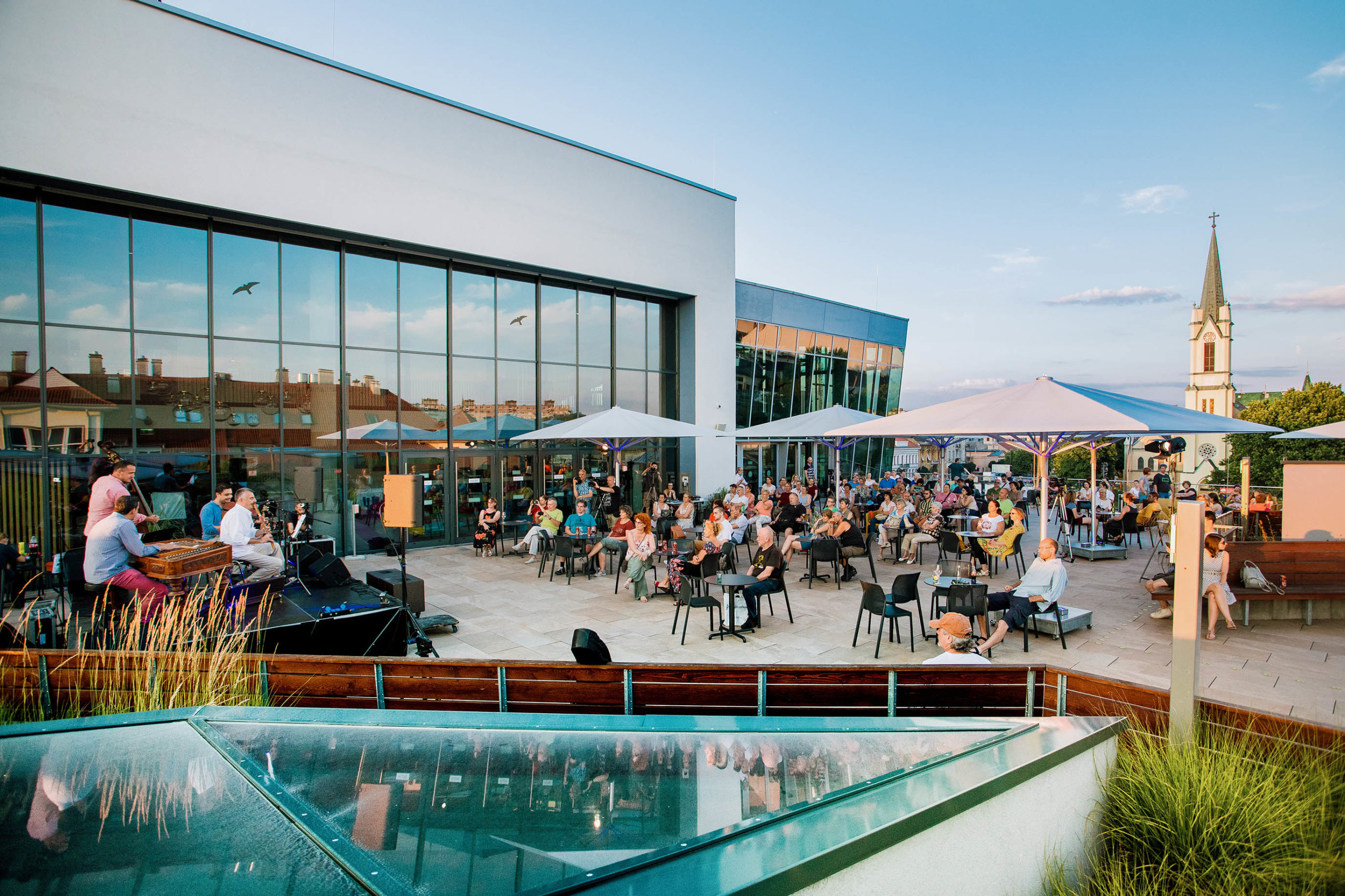 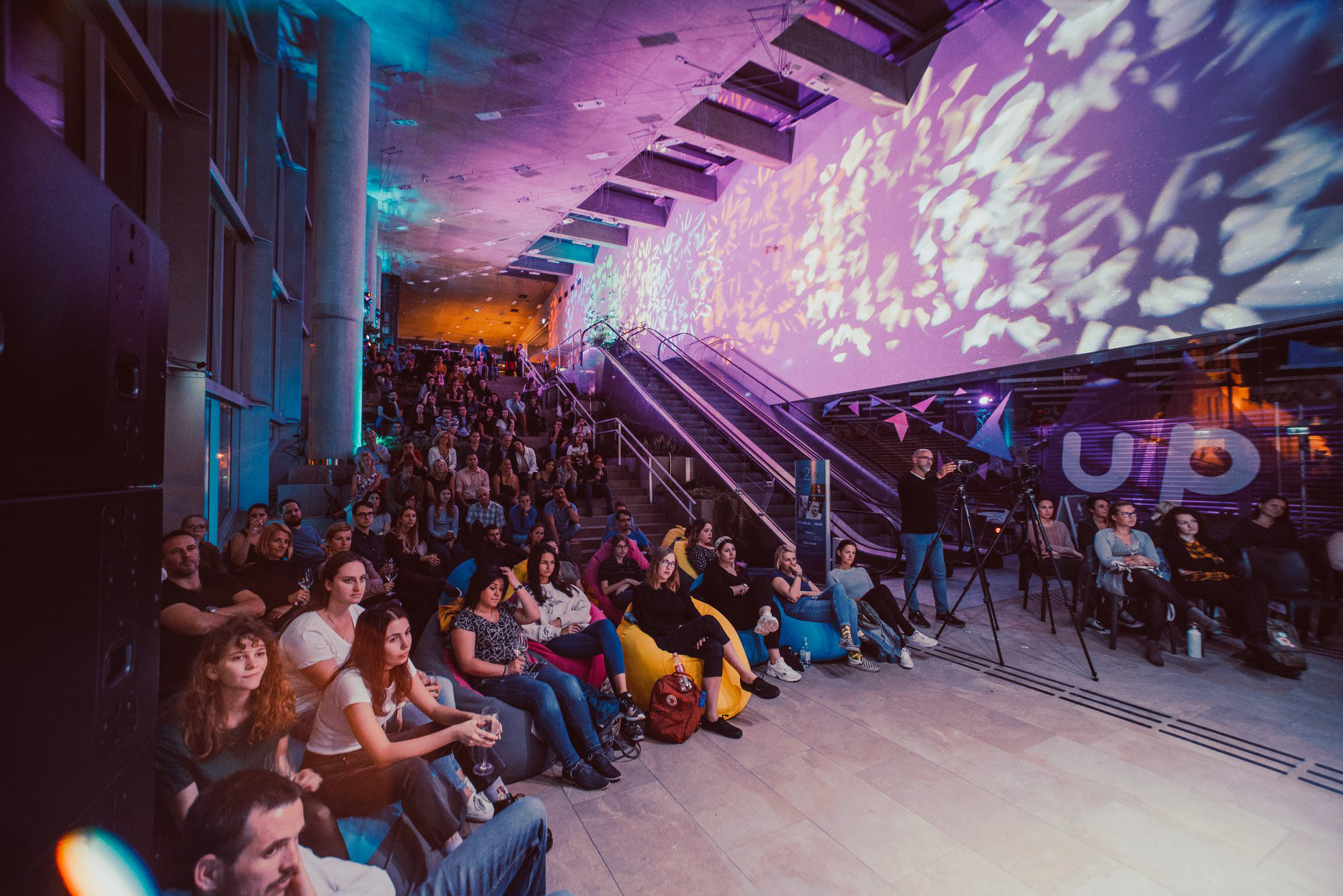 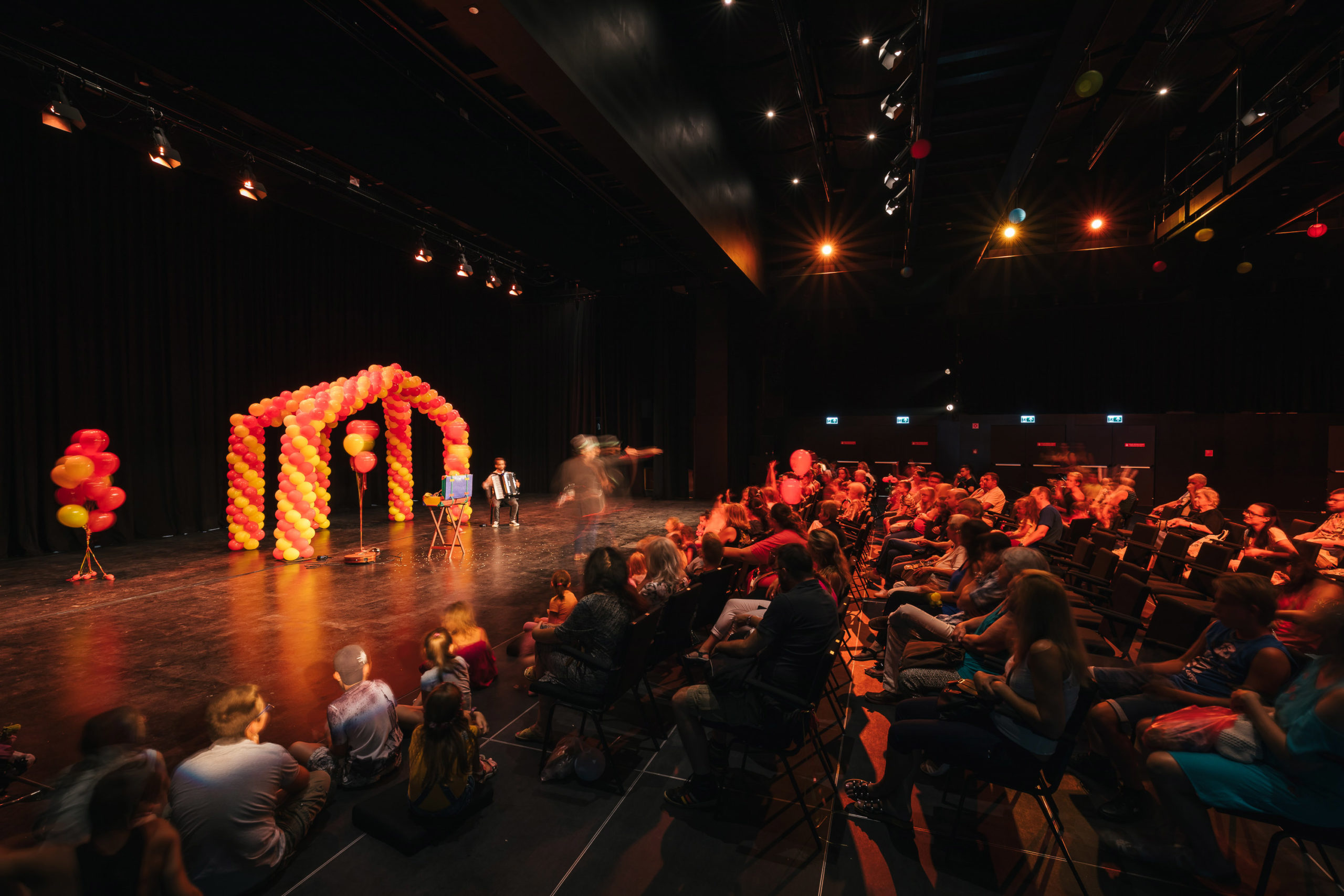 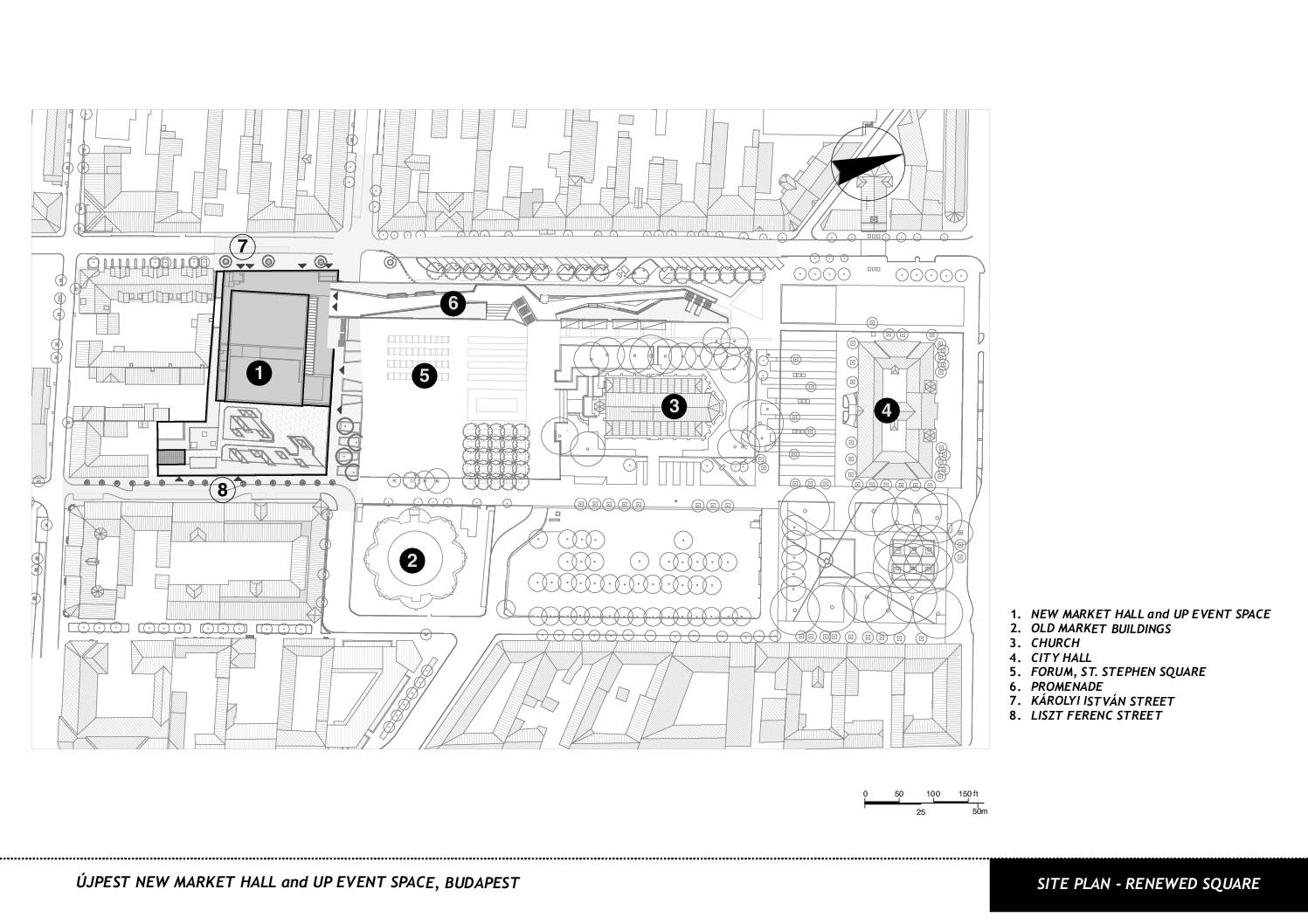 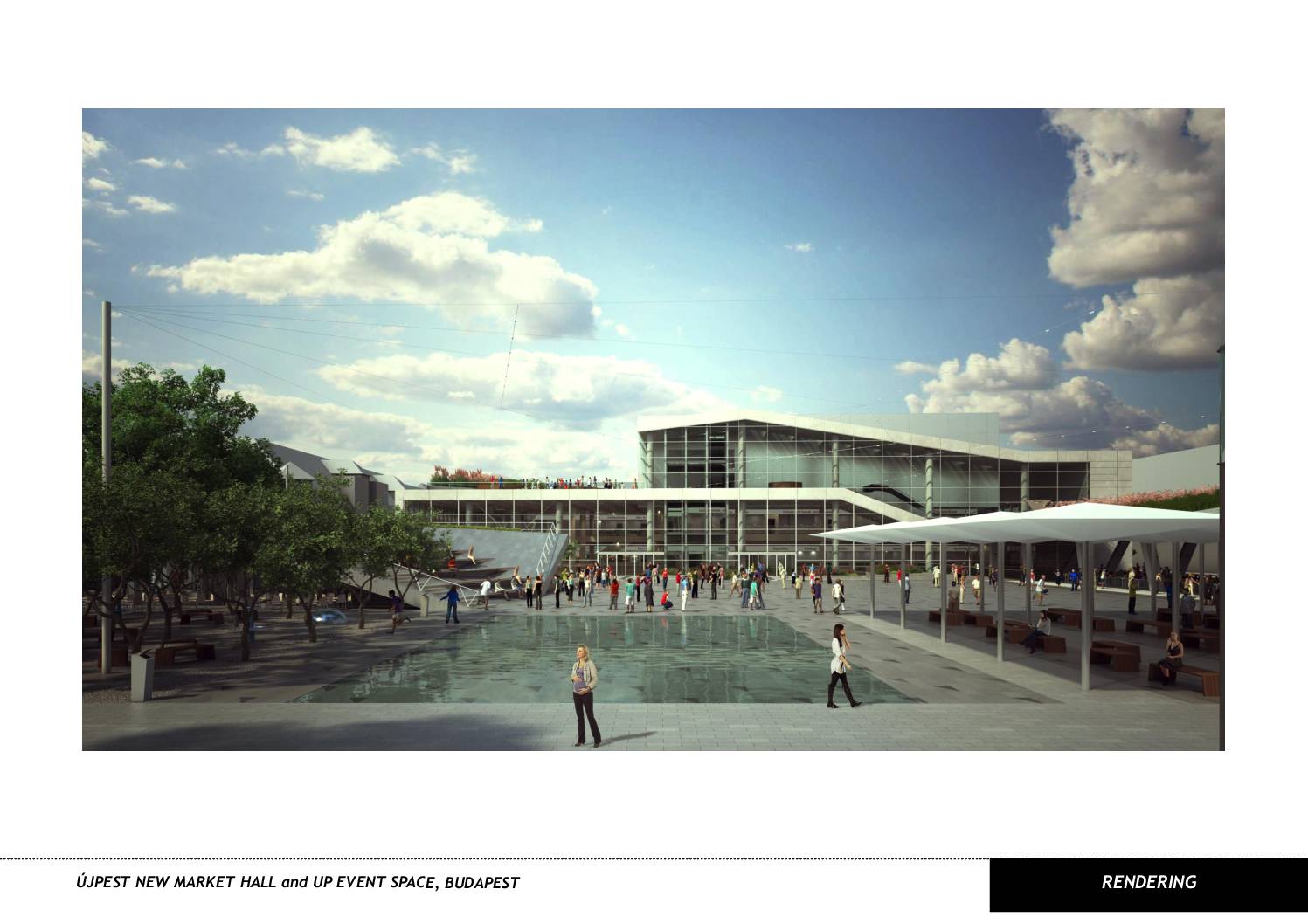 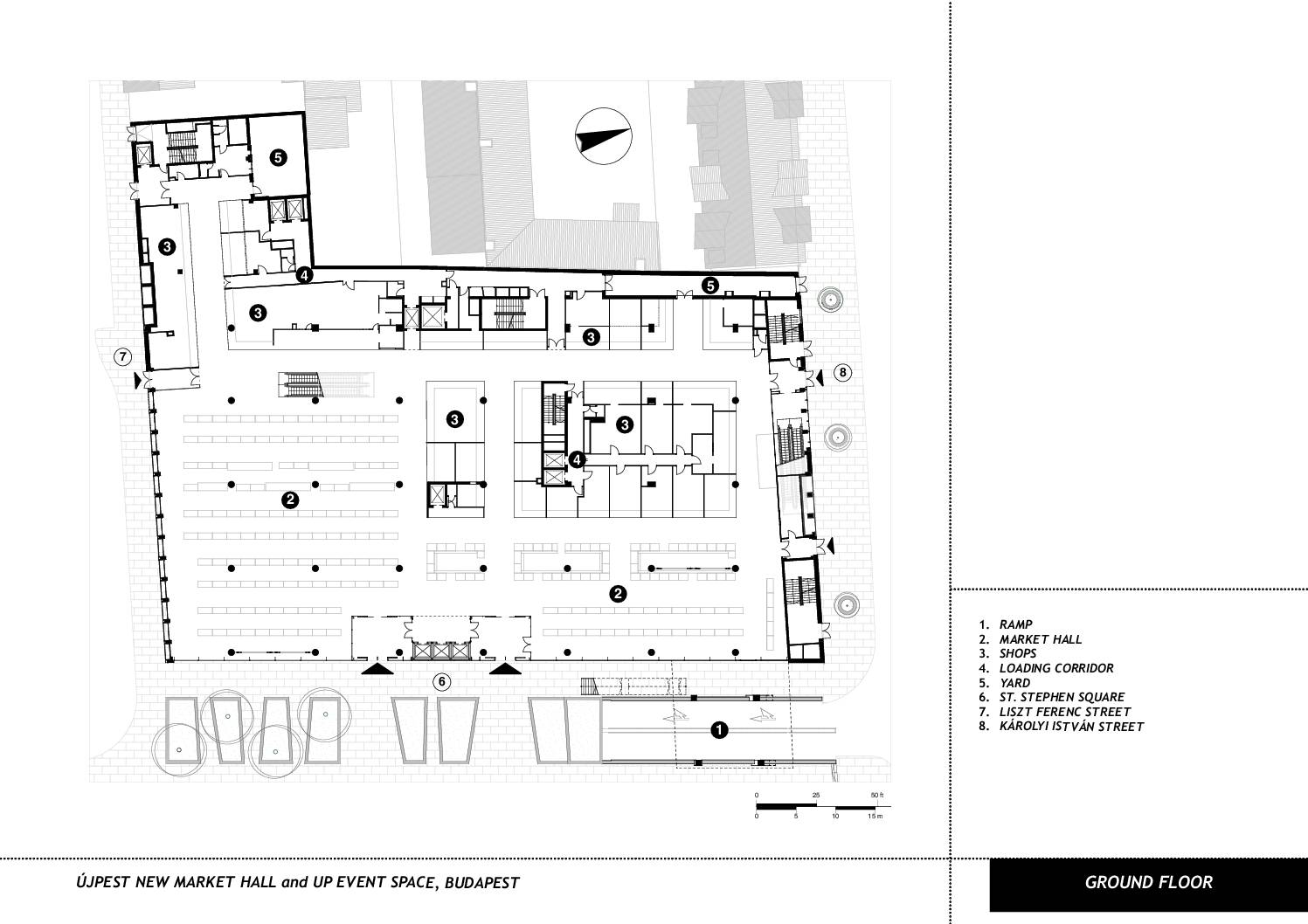 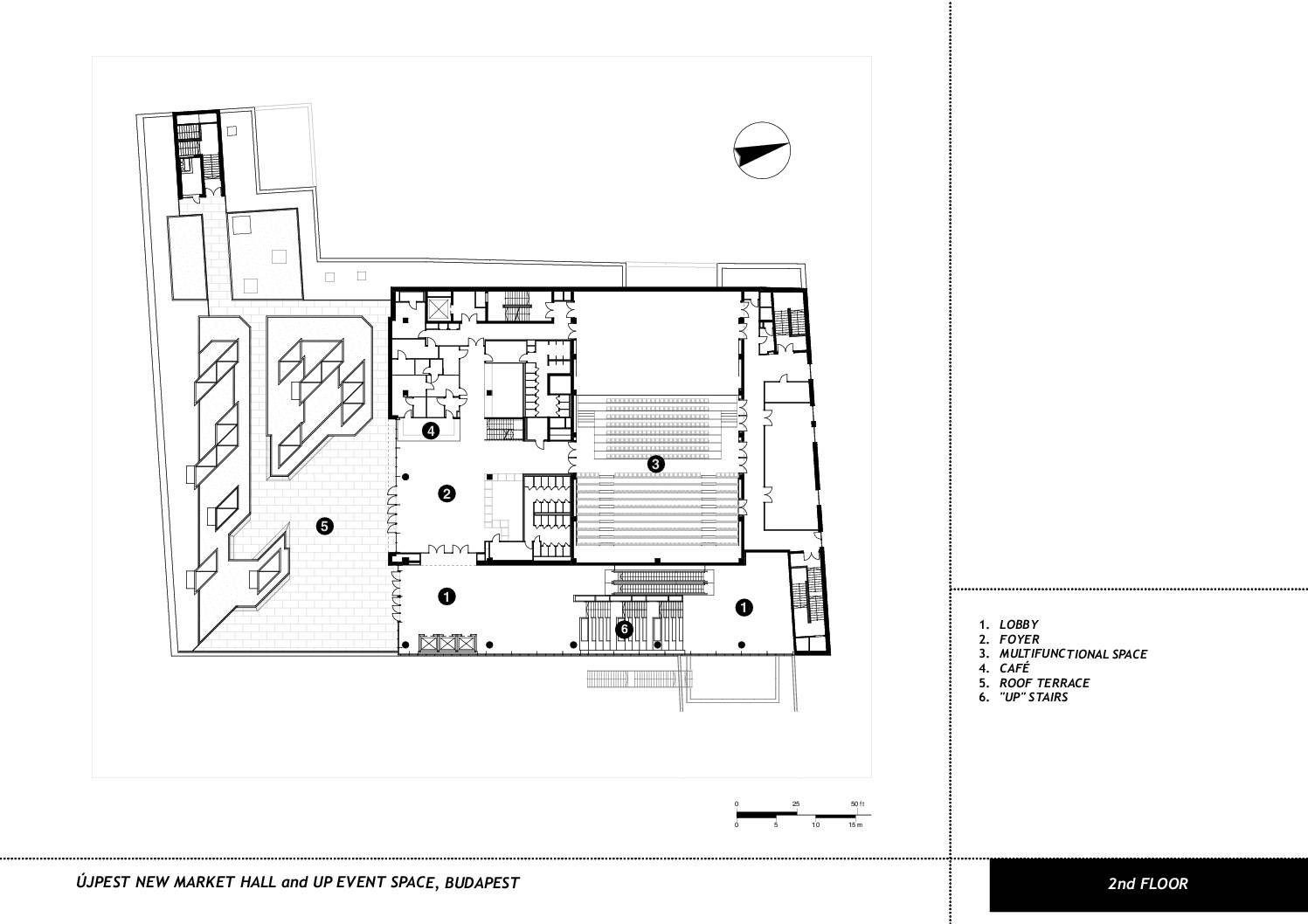 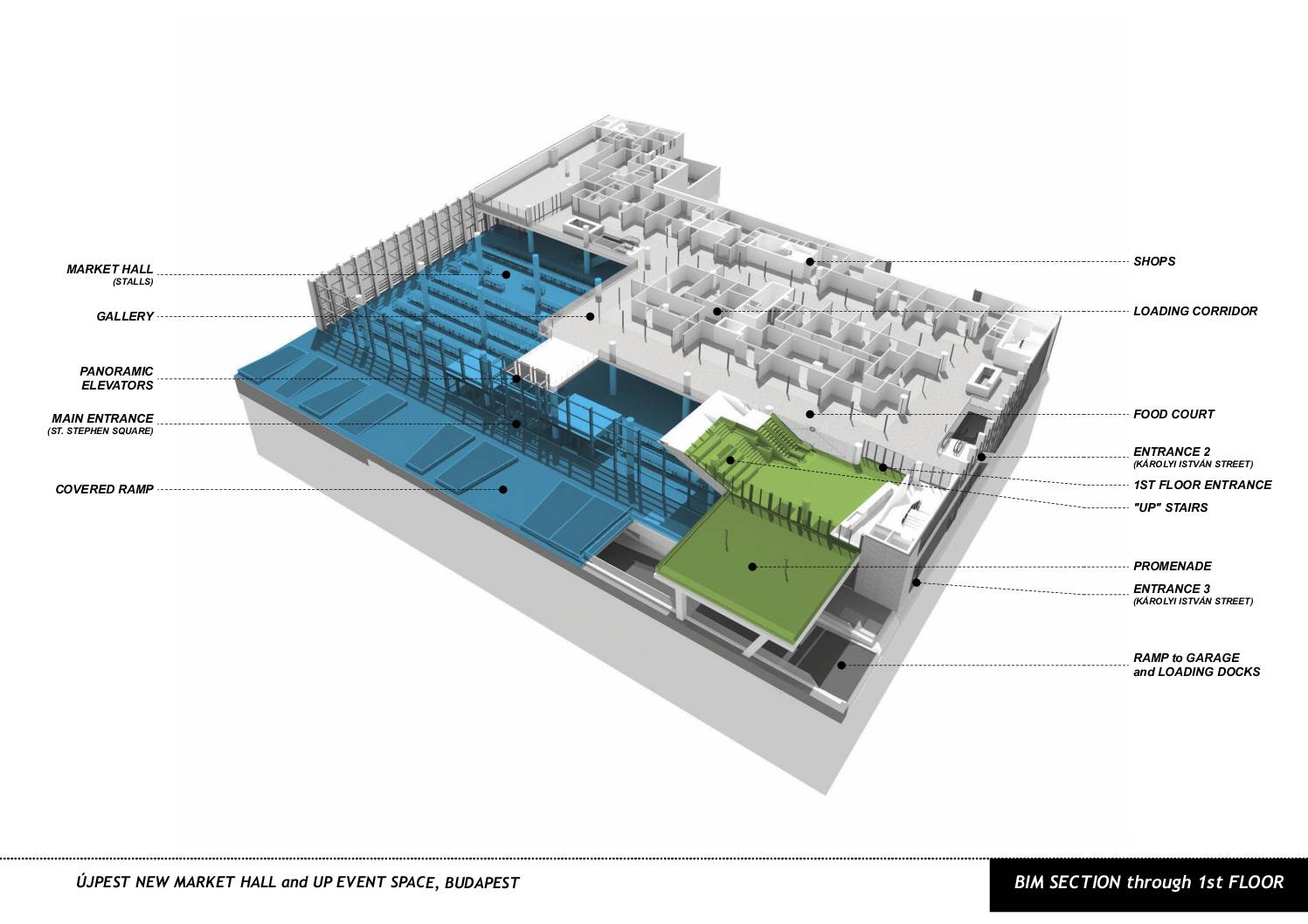 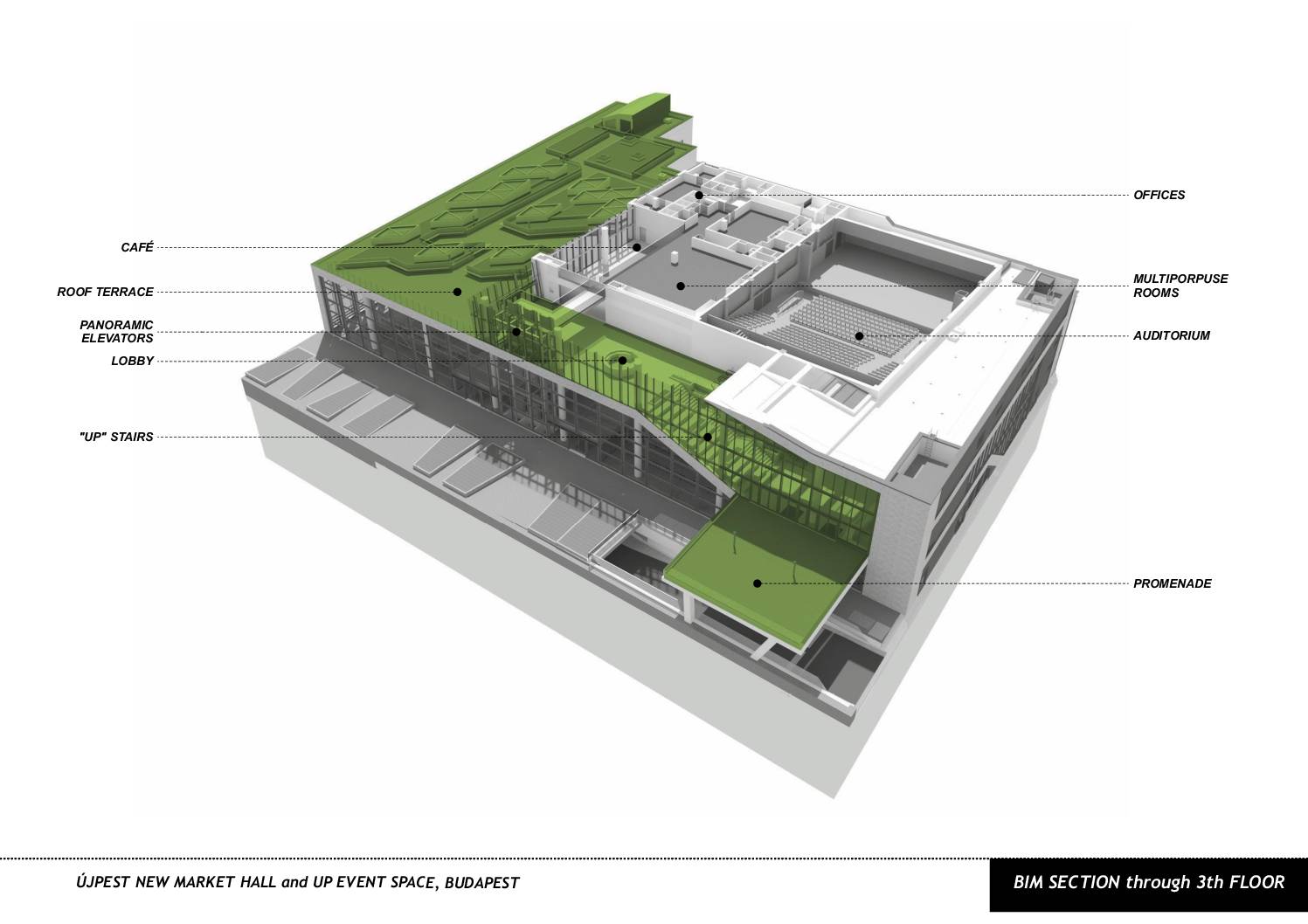 The market place, besides the city hall and the church, has always been the most important part of the centre of the 4th district. However, from the 1970s on, the introverted late-modern market buildings and their service area occupied the public space of St. Stephen Square. The main purpose of the current multistep transformation is to give this space back to pedestrians and events by the demolition of obsolete buildings.
The New Market Hall is located on the western border of the square with a two-story shopping area. Loading and storage areas, and a garage, forced to move underground from the square, are below the Market Hall with connections provided by elevators. On the top, a two-story cultural centre was established, which offers mental nutriment beside the material one.
The transformation of the surrounding infrastructure (such as eliminating transit traffic) and the transparency and permeability of the building allow the prospective outdoor public space to be continued within the hall and to function together. The compact and mixed-use system extends the operation of the building in time.
The consistency of program, structure and appearance can be found in the exposed concrete support structures, in the corresponding fibre-cement elevation cladding, in the natural aluminium structures and surfaces, and in the independent, floating, closed, glittering white cube of the cultural centre. In the latter space, wooden wall panels, wall-to-wall carpets, acoustic suspended ceilings "soften" the strict and lean structure, while the multifunctional grand hall provides a black-box frame for events.

The so-called openness was a major factor not just in the design program, both visually (with glass facades) and in a contextual way (with all-direction access), but during the operation. The surrounding open spaces, the UPstairs and the roof terrace are accessible for everybody, the garage is public, the food market is traditionally a meeting point for citizens, and the different spaces of the cultural centre, e.g. the cafeteria, multipurpose halls and the 460-seated auditorium, can host both individuals and large groups. The functions, the transparency, the interior, the (organized) events favour the spontaneous movement and social interaction of people, both of locals and distant visitors.
It is a crucial goal to persuade everybody to spend more time here, in generally speaking on the public square, instead of flying visits. One of the magnetic features is the built-in possibility of sitting, and talking, on ground floor or roof terrace benches, on chairs of the food court or on UPstairs, all orienting toward the St. Stephen Square to be renewed. Thanks to the layered structure of the building and the so-called show of market goods and cultural events visitors can enjoy both real-time watching and being watched by others which is another seducing factor of inhabiting space.
The building performs and at the same time is the framework for events: it is a neutral, “empty”, monochrome frame of a very colourful market and culture, of light conditions and the movement of crowds. The "background house", from a distance, acts as a living scenery of the St. Stephen Square during day and night.