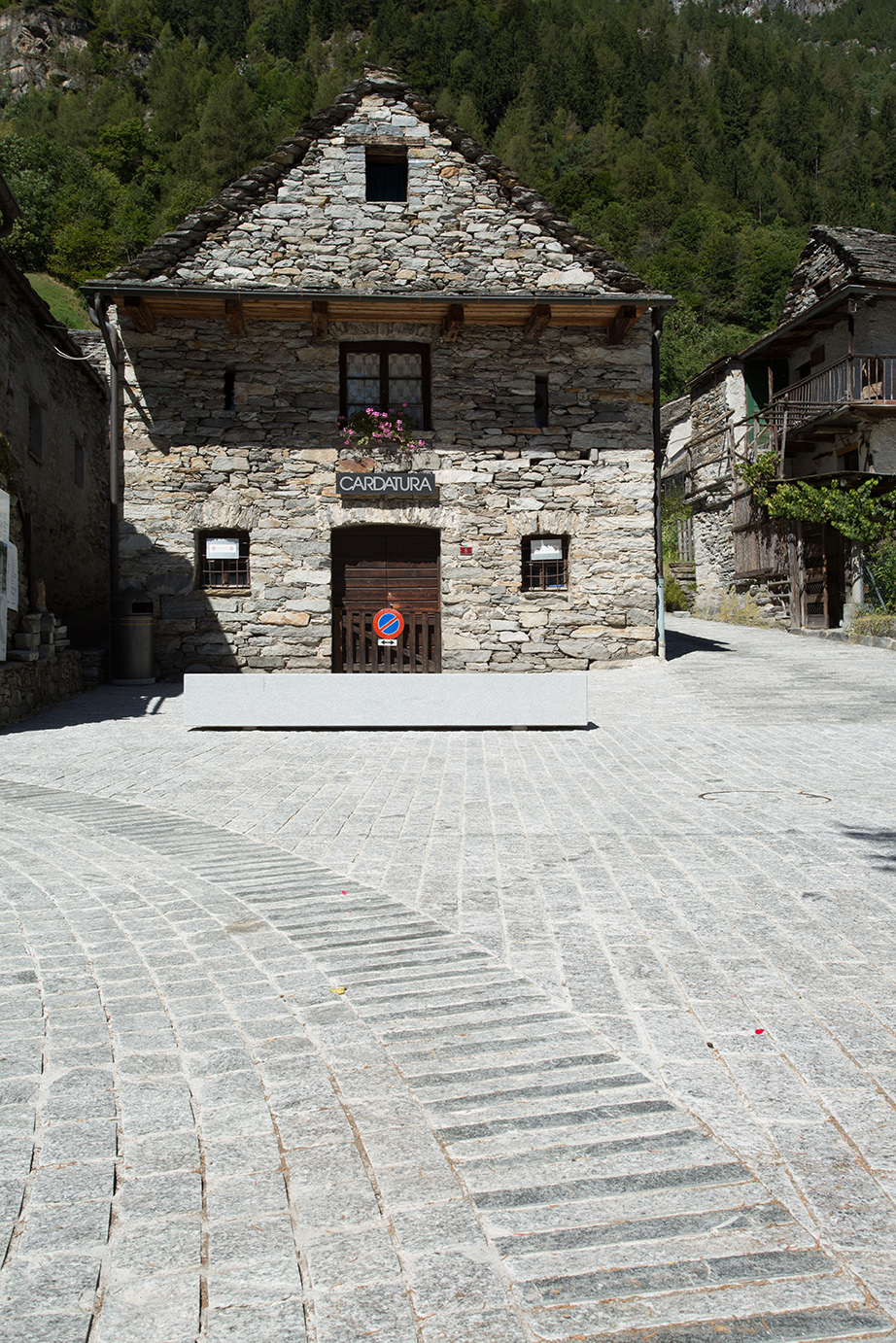 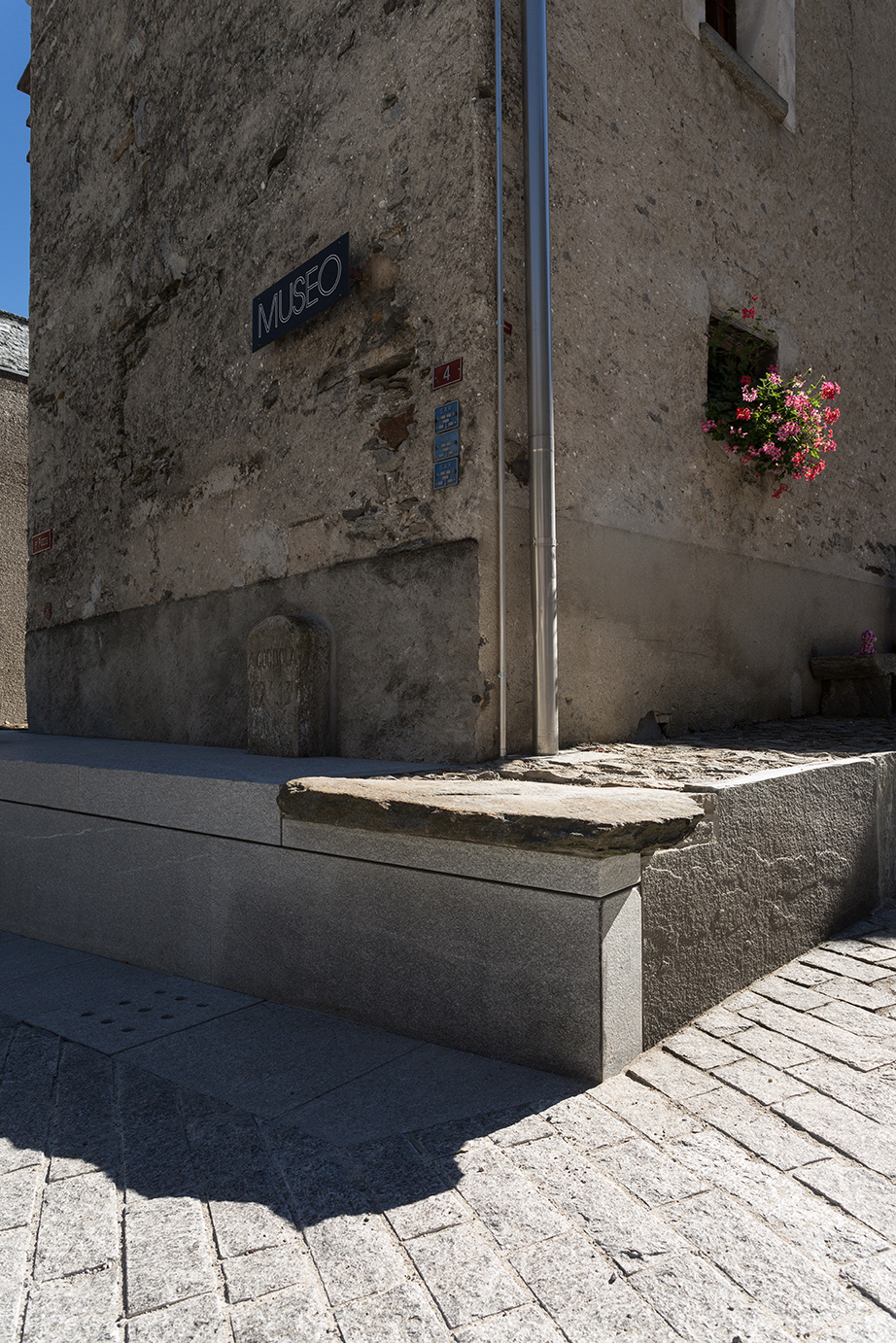 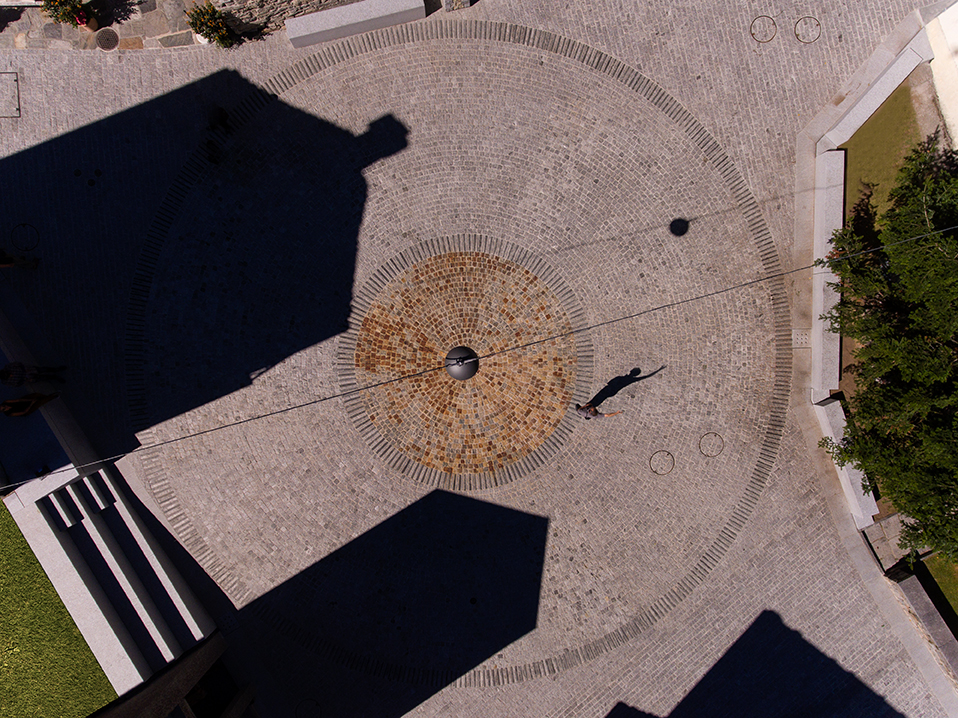 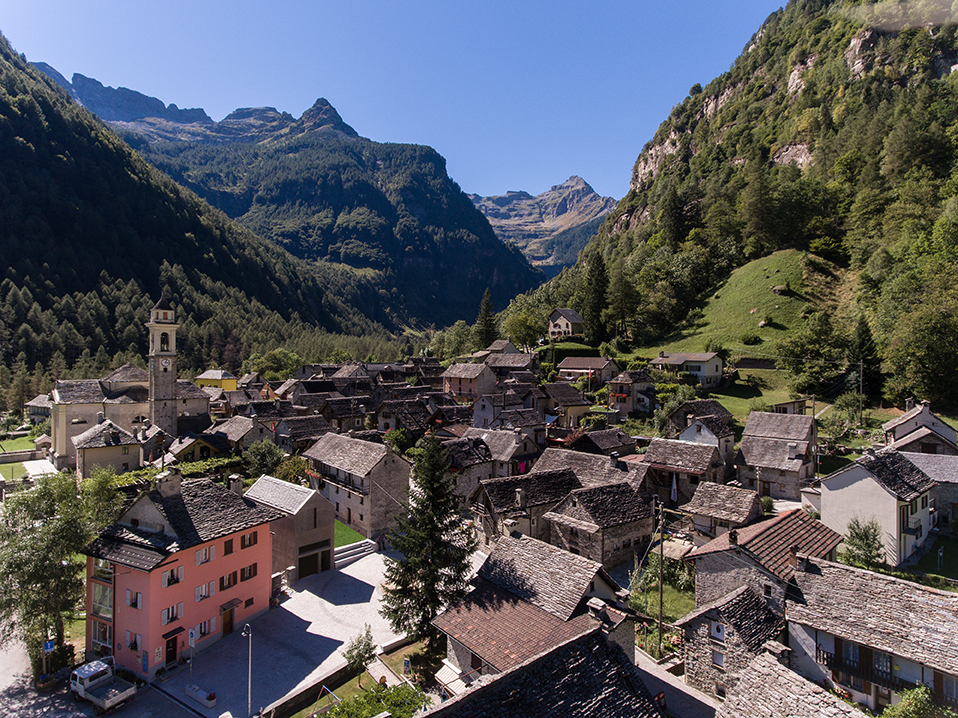 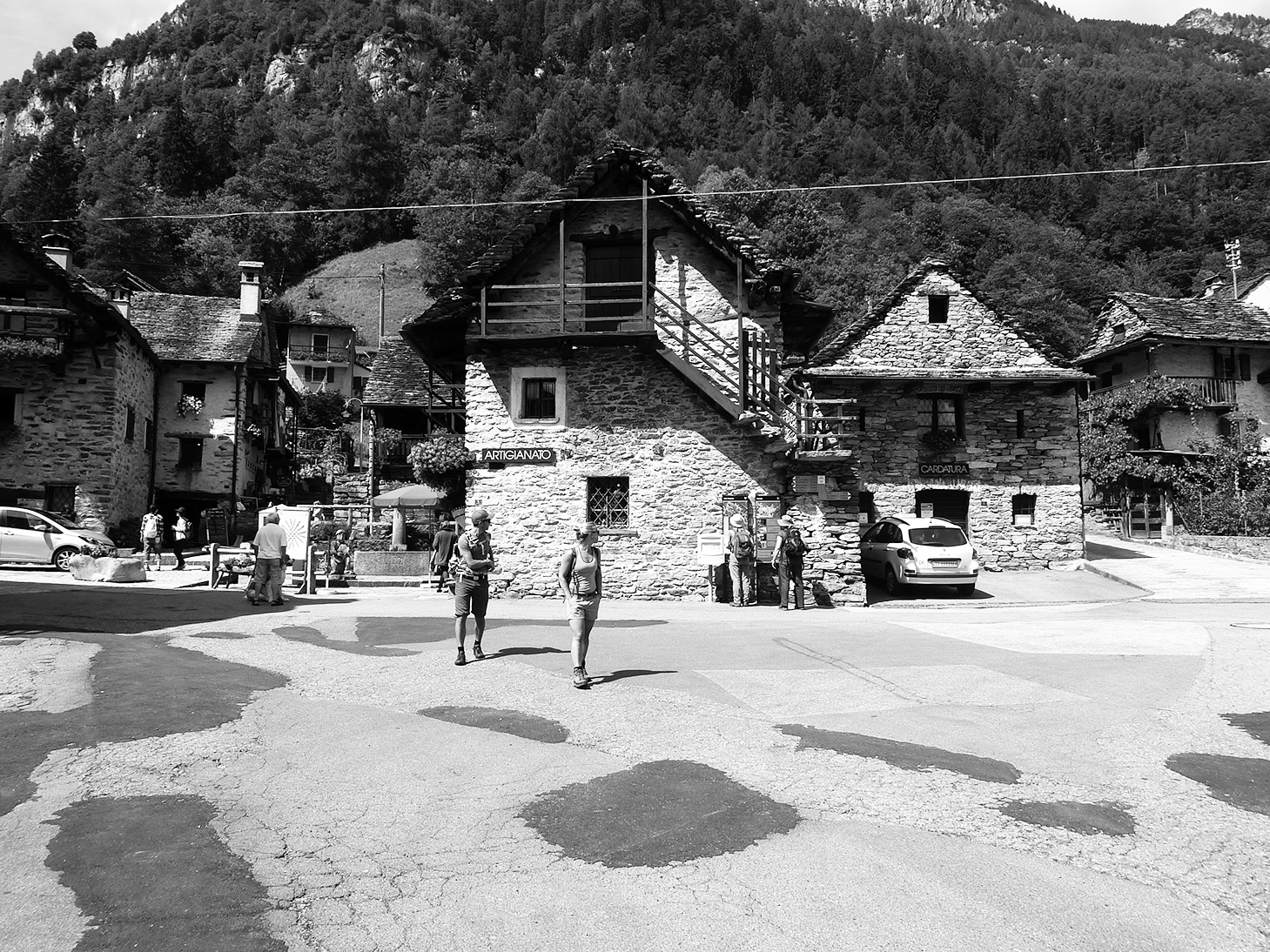 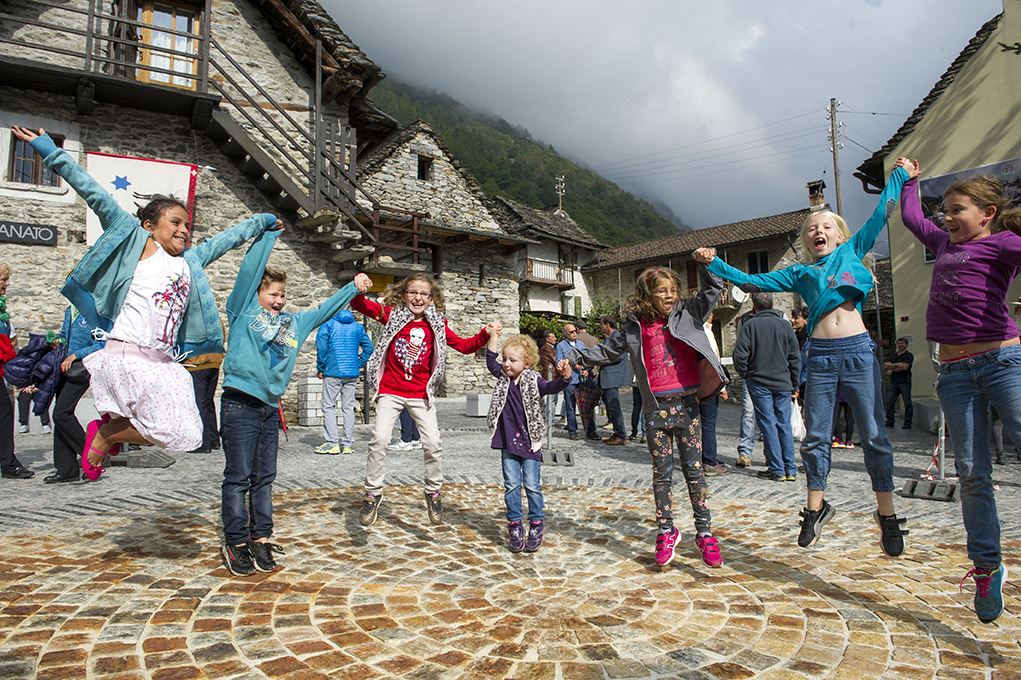 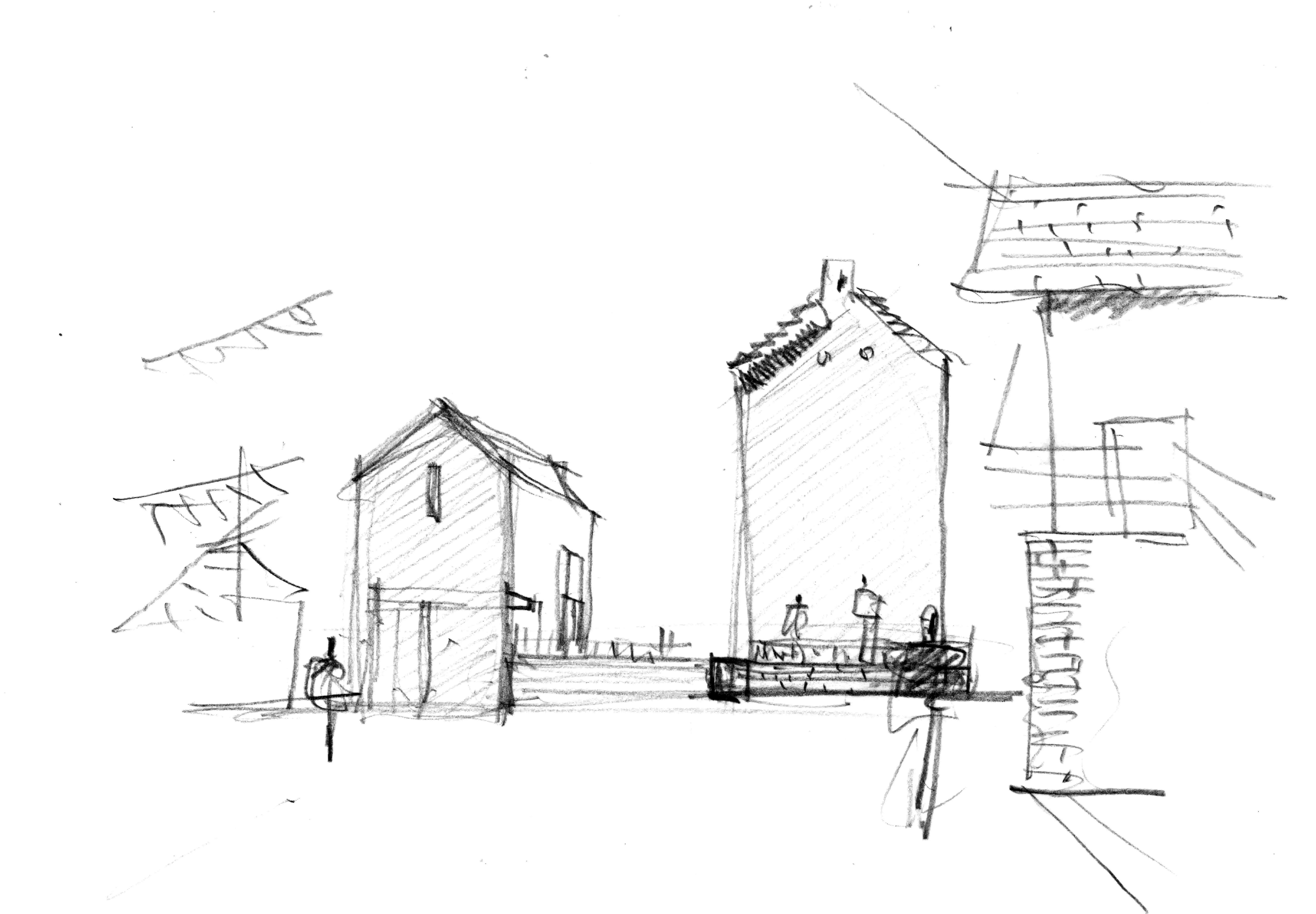 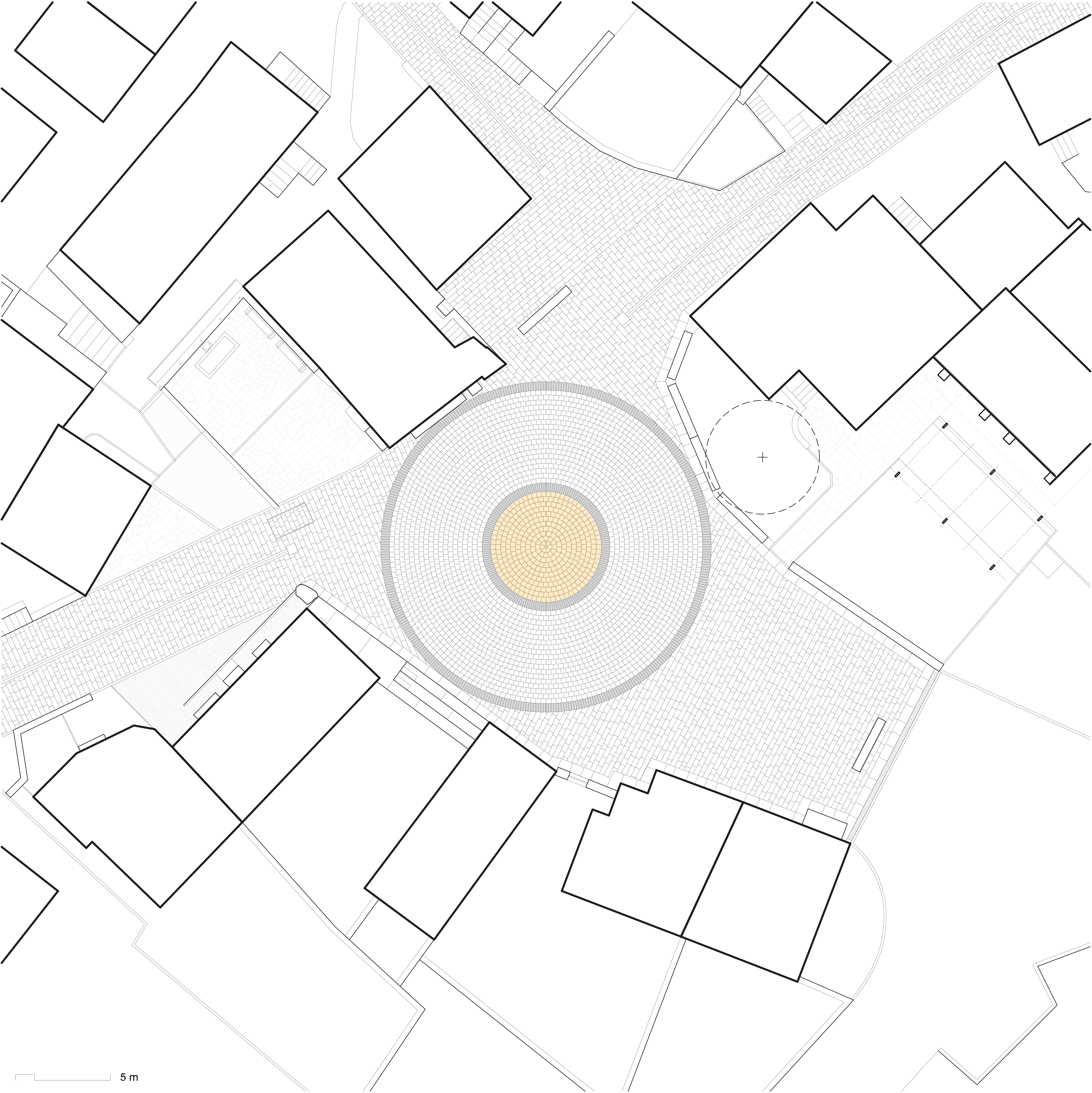 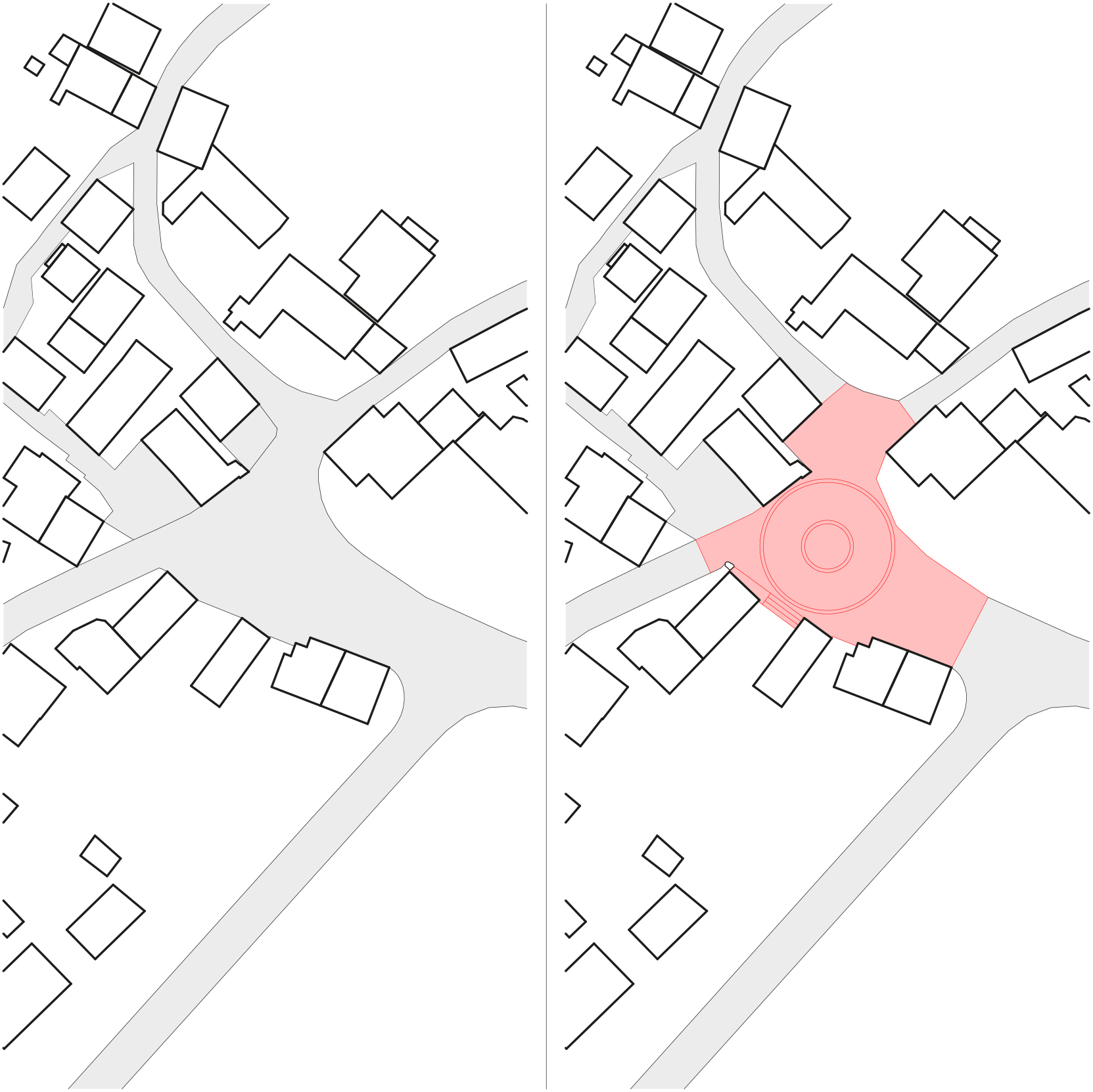 The town square of Sonogno was a poorly defined space, the result of the successive demolition of three buildings and a modification in the road layout, with a badly maintained tarmac surface.

The square surface has been repaved with natural stone sourced from the Ticino region. The stones are laid in a pattern that defines a new centre and connects the main elements within the square. The use of stones in three different colours is intended to integrate the new design within its context, echoing the colour of the stones of the existing historical buildings. The paving pattern consists of two concentric circles. The larger circle connects the main elements of the square. The smaller circle is entirely paved in natural red-coloured stone specially quarried from the river Verzasca. The rest of the piazza is paved in light grey granite like the streets of the town centre.

The public area adjacent to the museum complex has been reorganised by extending the plinth on which it stands towards the square. The new plinth creates a series of steps that link the square and the two buildings of the museum complex. The ancient, large, flat corner stone (pioda) has been retained and relocated to mark the junction between the old and the new section of the plinth. The project also includes the placing of a number of granite blocks (seats) in a “brushed” finish around the rest of the square’s perimeter.