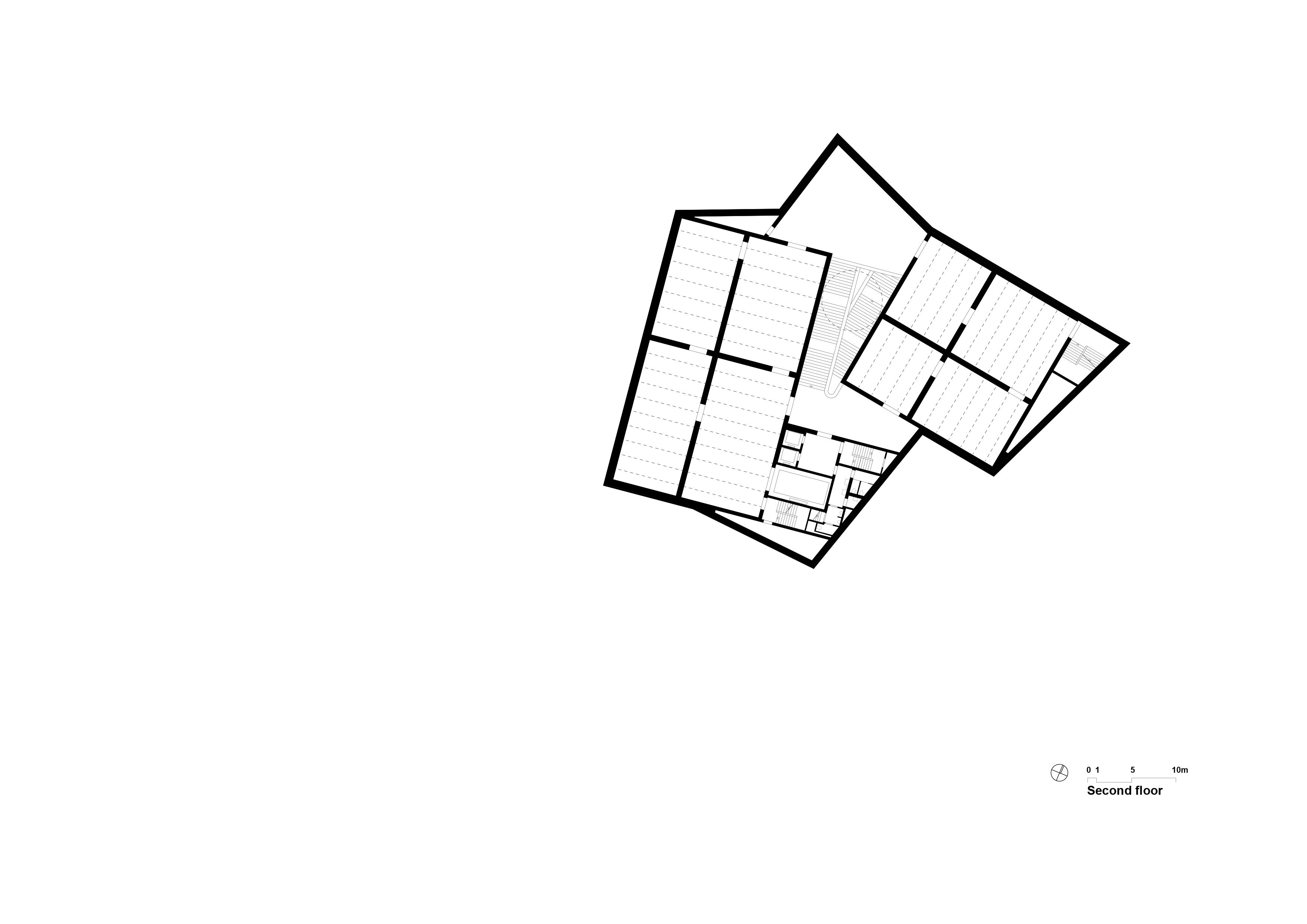 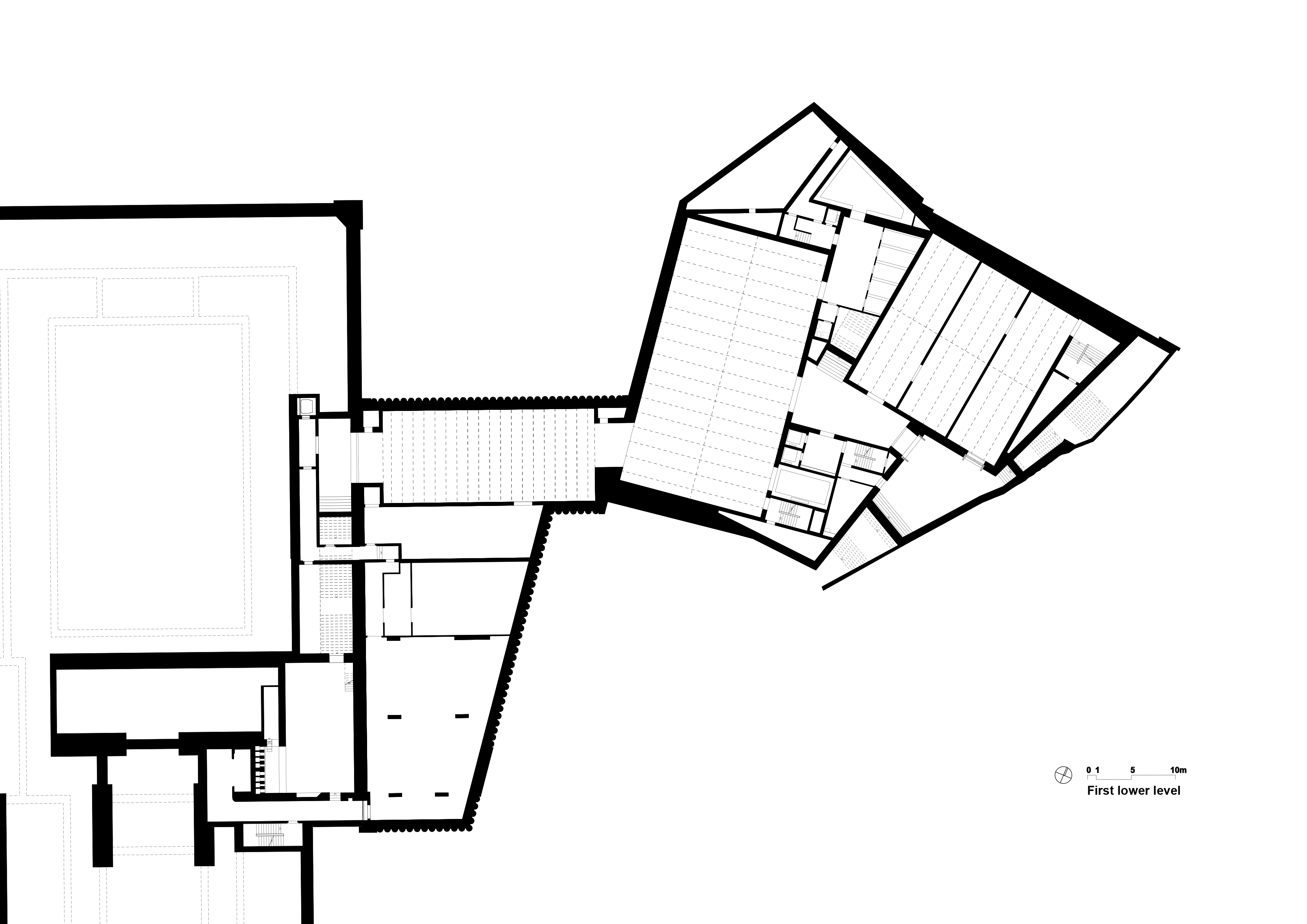 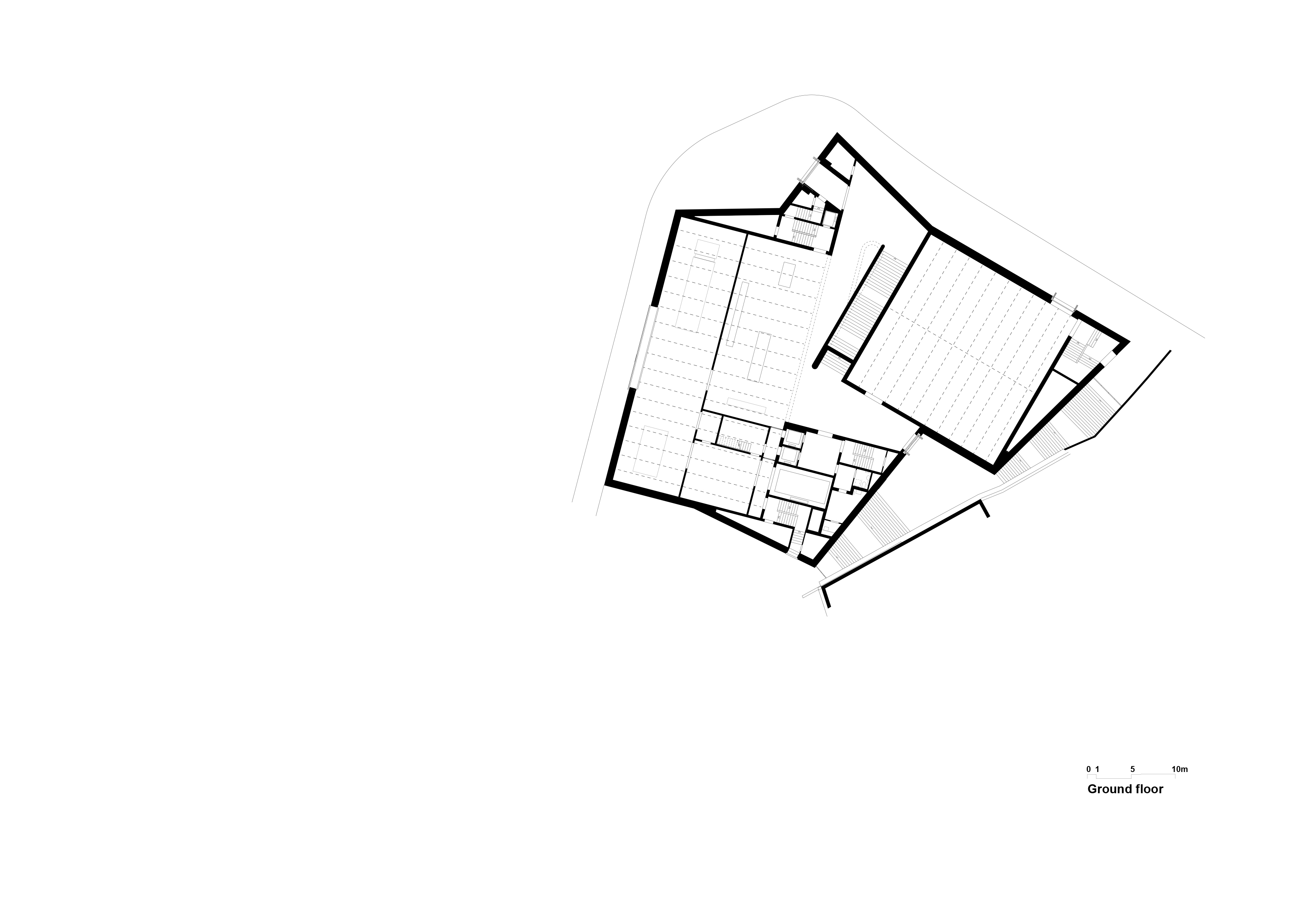 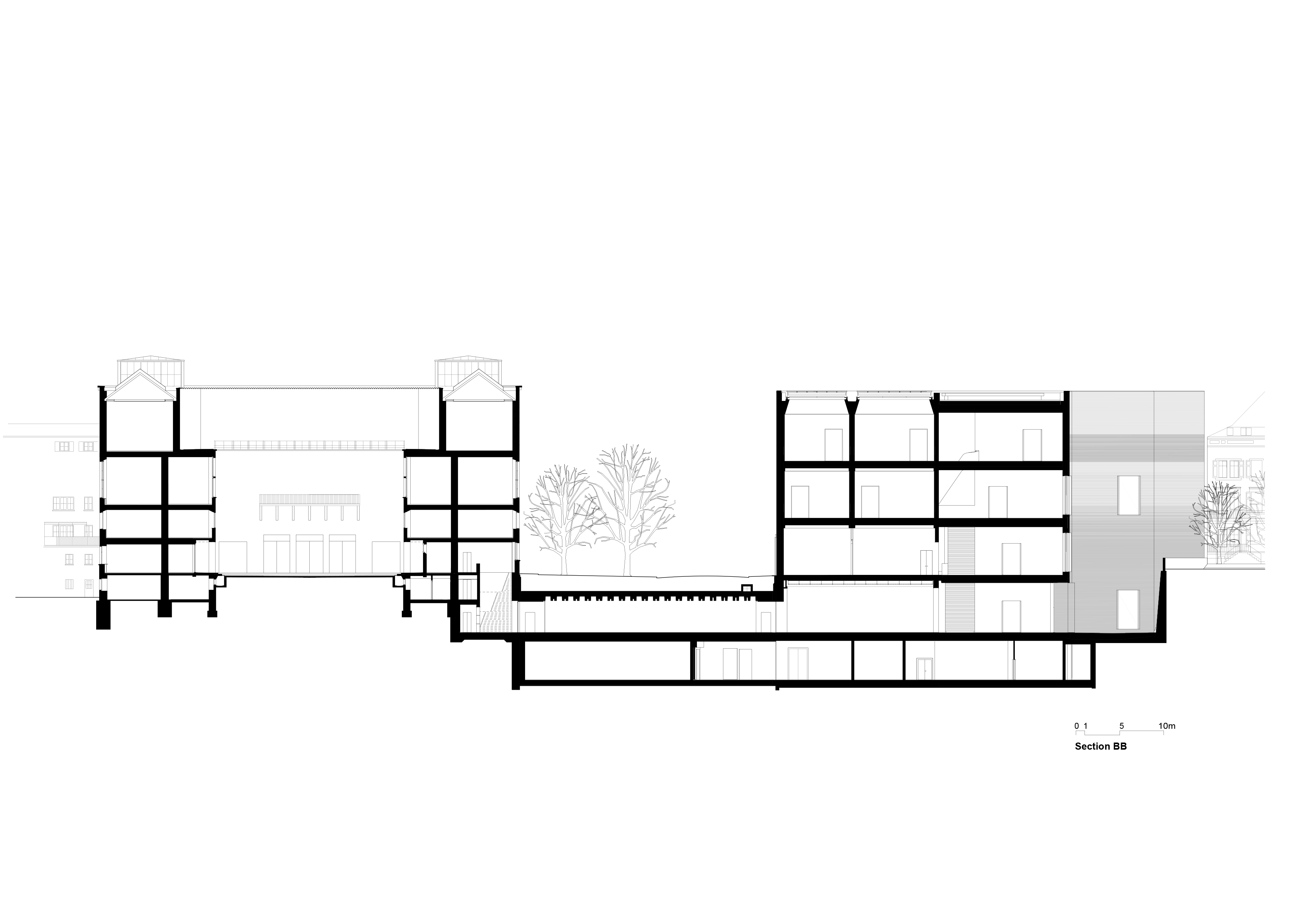 The Kunstmuseum Basel extension successfully complement the main 1930s house without overshadowing it: this is the red thread of the project, which strives at creating kinship while maintaining individuality.
Like in its counterpart, the extension’s façade hints at a classical tripartite order of base, middle and cornice: its concave corner forms a welcoming entrance while referring to the main building’s arcade, punched windows structure the first floor and a frieze adorns the second floor. The latter features a high-tech enhancement: sunk into the grooves of the bricks are LED lights whose glow embeds moving text into the facade announcing exhibitions and events. Chosen for their timeless character, the façade bricks are arranged in a sophisticated anchoring system allowing for self-supporting walls without dilation joints.
Delineated by load-bearing concrete walls, two orthogonal lungs of exhibition spaces are set within the complex decagonal floorplan. The monumental staircase modulates the resulting areas and leads the visitors along the way. Prefabricated ceiling beams span over the white plastered rooms with a wooden floor. The oak parquet belongs to an industrial material palette, further evoked by the galvanized steel shutters, lights and doors. This world contrasts with the grey Bardiglio marble which faces all floors of the public path, as well as the stairs’ steps and parapets. While being an essential element of the circuit, the stairs also connect with the underground link leading to the original building. This path delves into a versatile multi-purpose space that may serve as auditorium, performance or exhibition space.

The extension to the Kunstmuseum in Basel represents an outstanding example of collective space by virtue of the relation it establishes with the community and the urban context it addresses.
Art takes center stage within the building’s non-indulgent exhibition spaces. The careful arrangement of fluxes allows visitors to naturally find their way within the two buildings, while the generous promenade architecturale fosters encounters. The extension’s assertive character, the deliberate contrast in its appearance purposefully uniting the timelessness of a classical ruin with the utilitarian elements of an industrial building, are translated into a seductive use of materials that does not leave the visitor or the passer-by indifferent. A representative element for this approach is the LED-frieze, by means of a technological feature it provides a subtle but powerful form of communication able to engage the viewer while becoming a strong defining element in the building’s design and for the city.
In spite of this exceptionality, or especially because of it, the extension fully addresses the symbolic need of the community as well as complex urban and technical requirements: the building’s position within a medieval-sized urban fabric and on a busy crossroad, with the need to assure an optimal climate for artworks. Instead of surrendering its specificity to these challenges, they become a path that leads to the conception of a truly specific building.
Refusing the ex-nihilo generic architecture spreading worldwide, the building becomes a powerful and unique urban landmark while gracefully integrating the complex context it eventually belongs to.