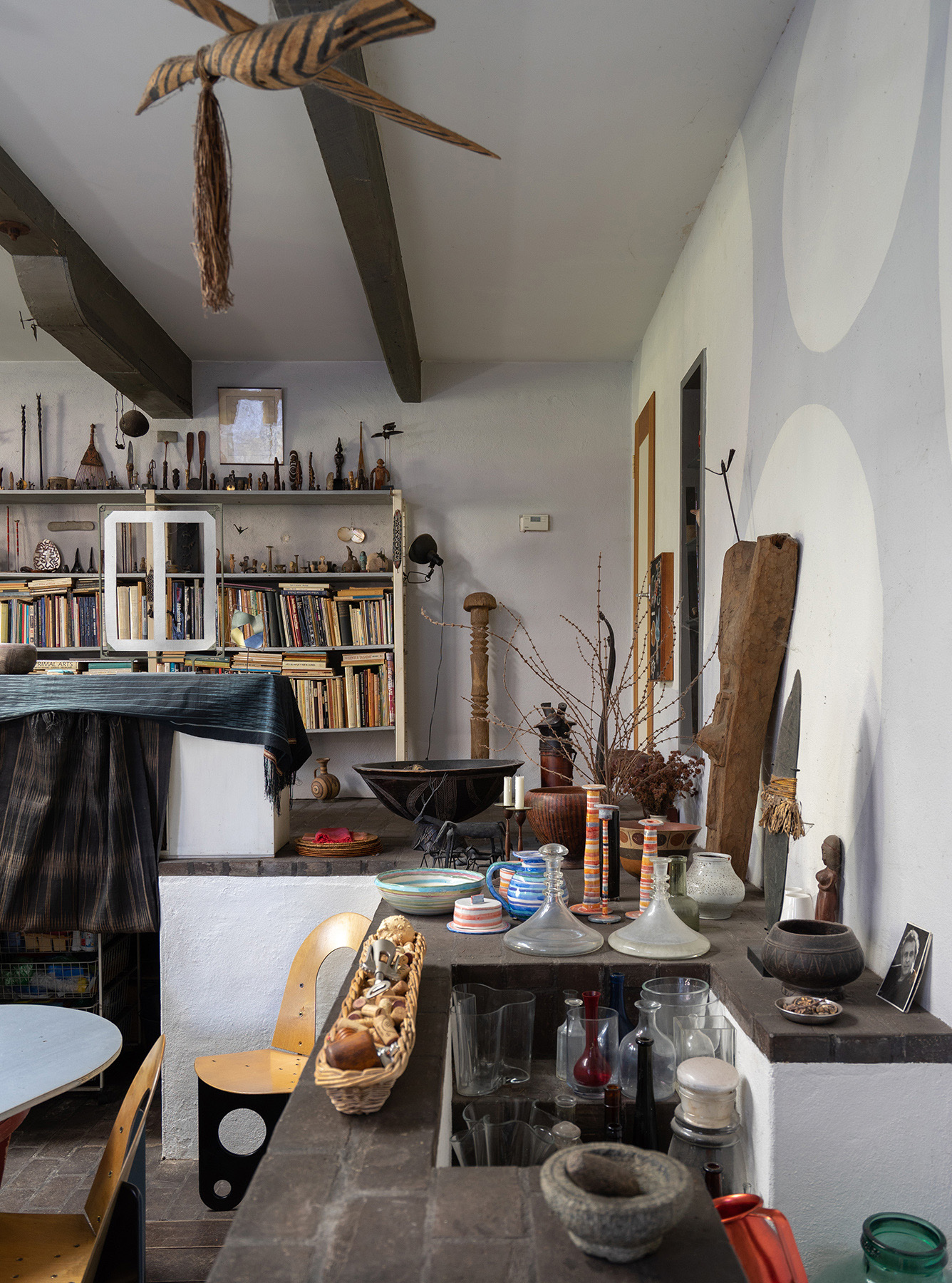 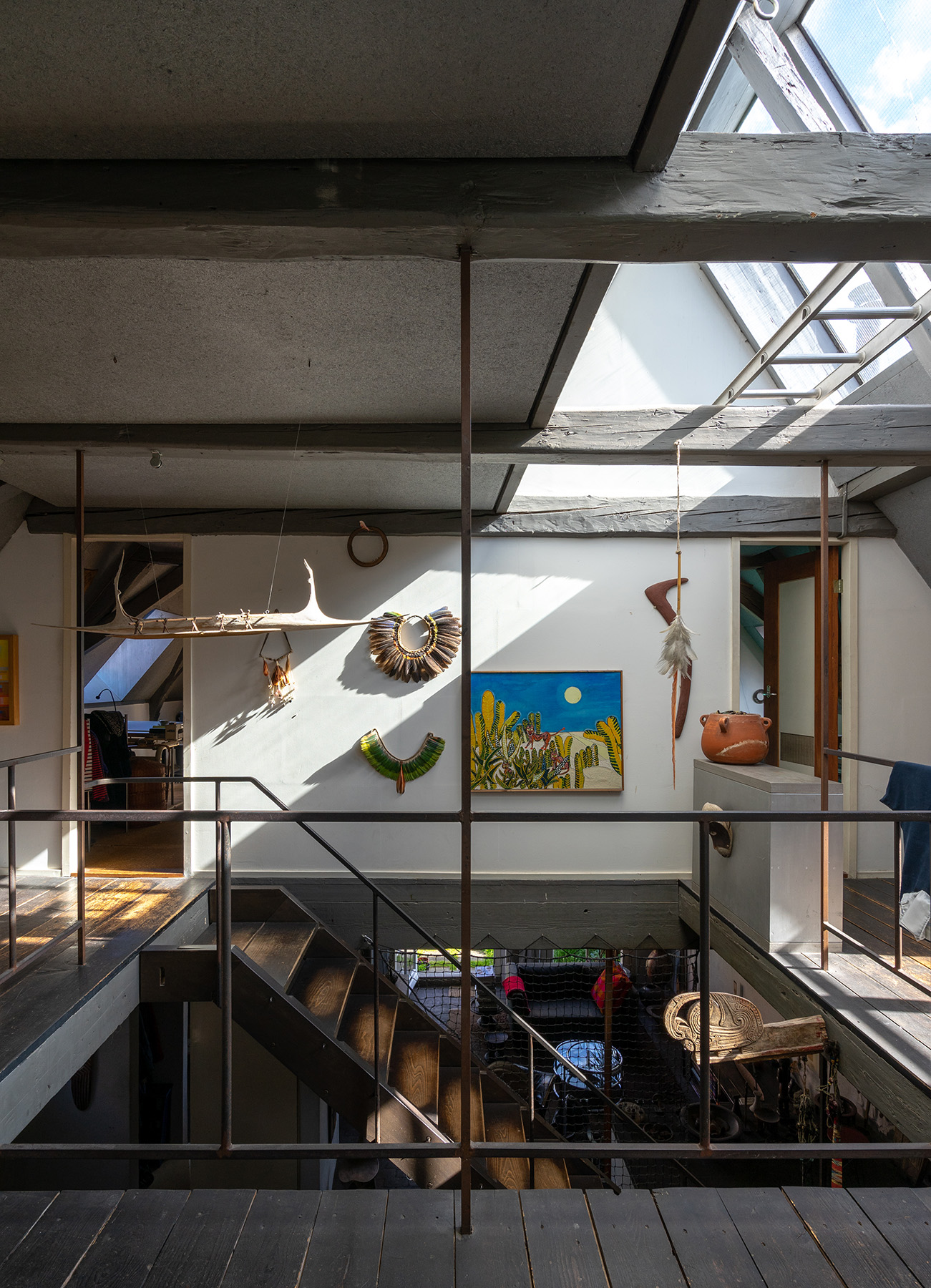 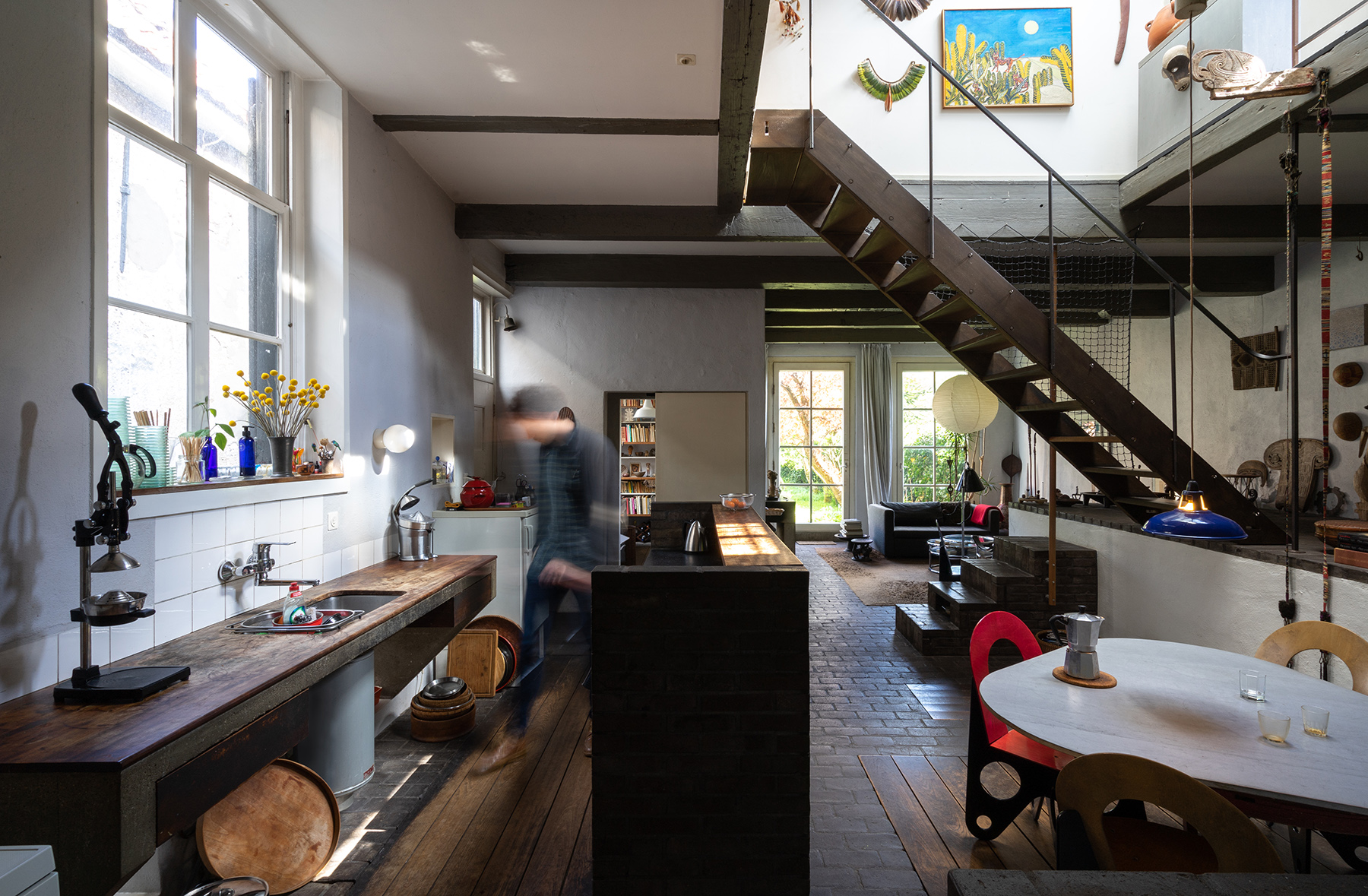 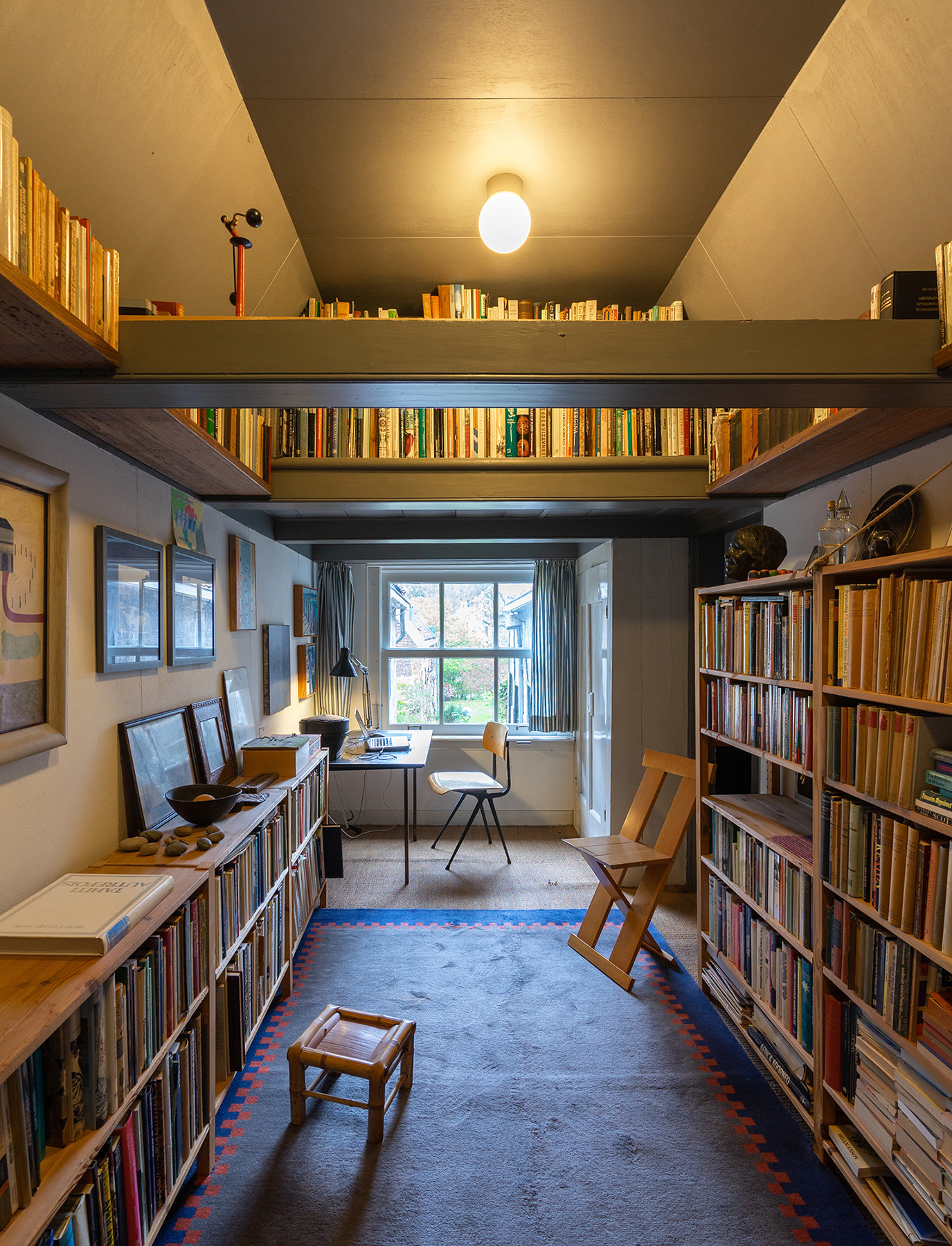 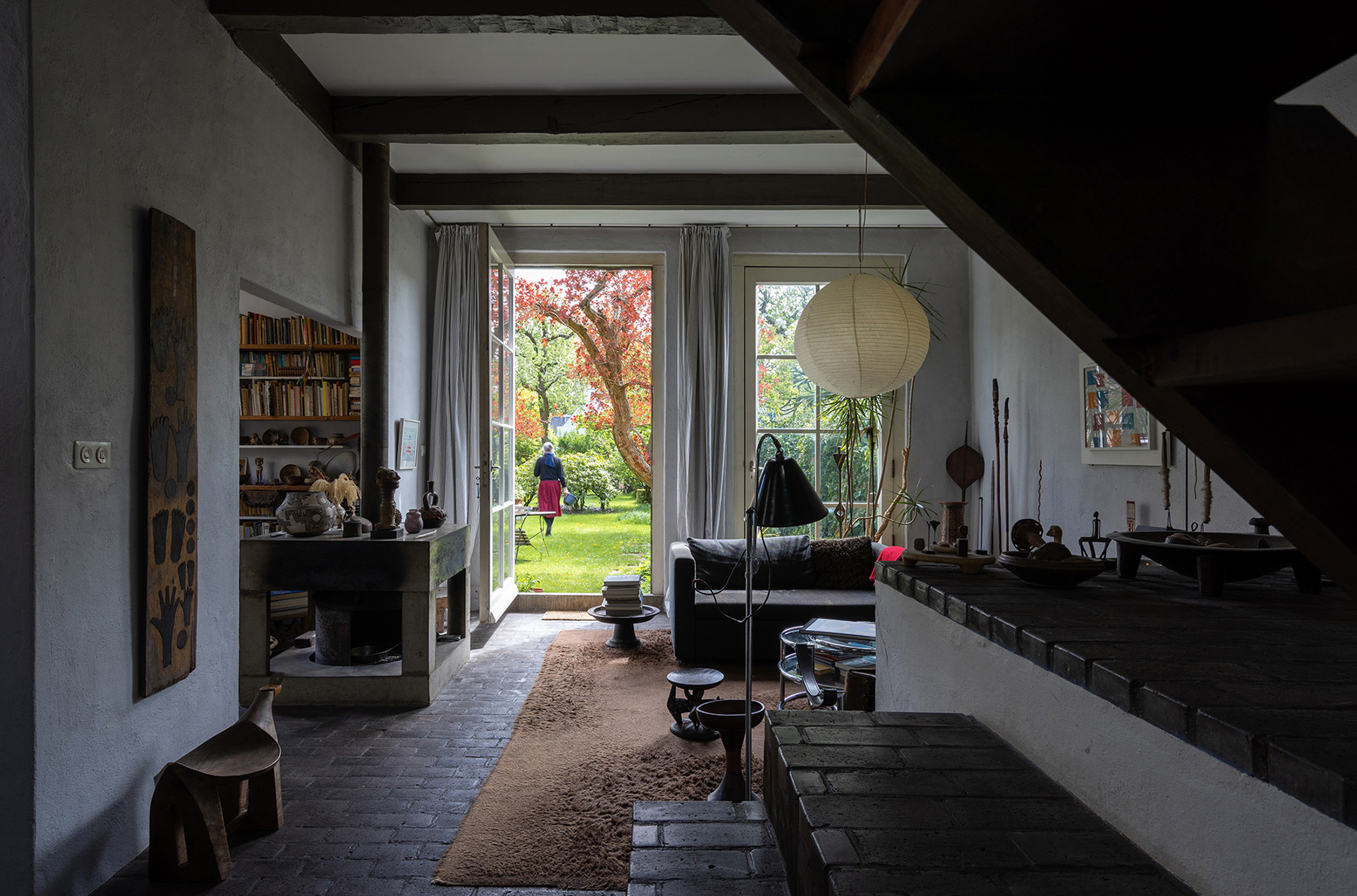 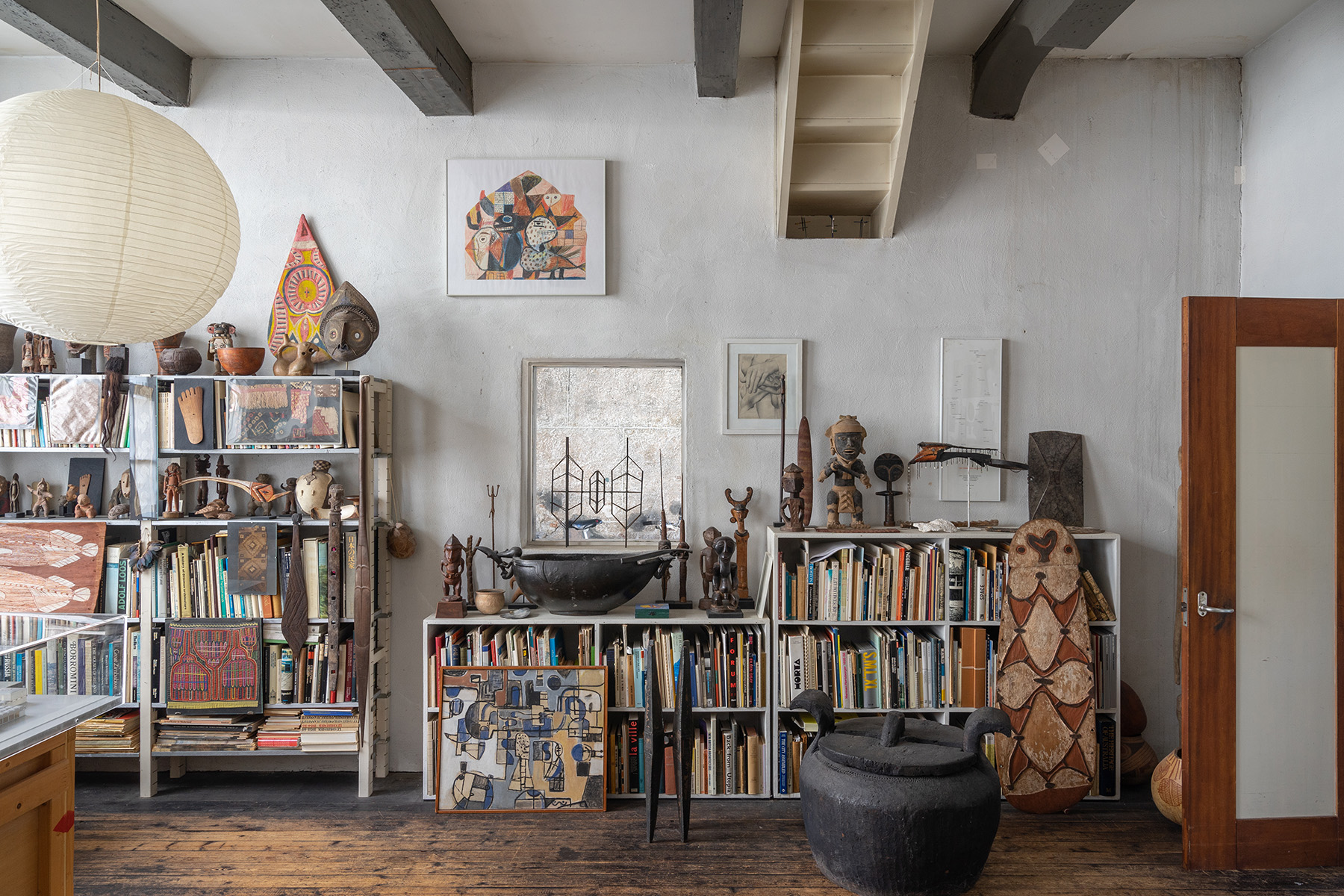 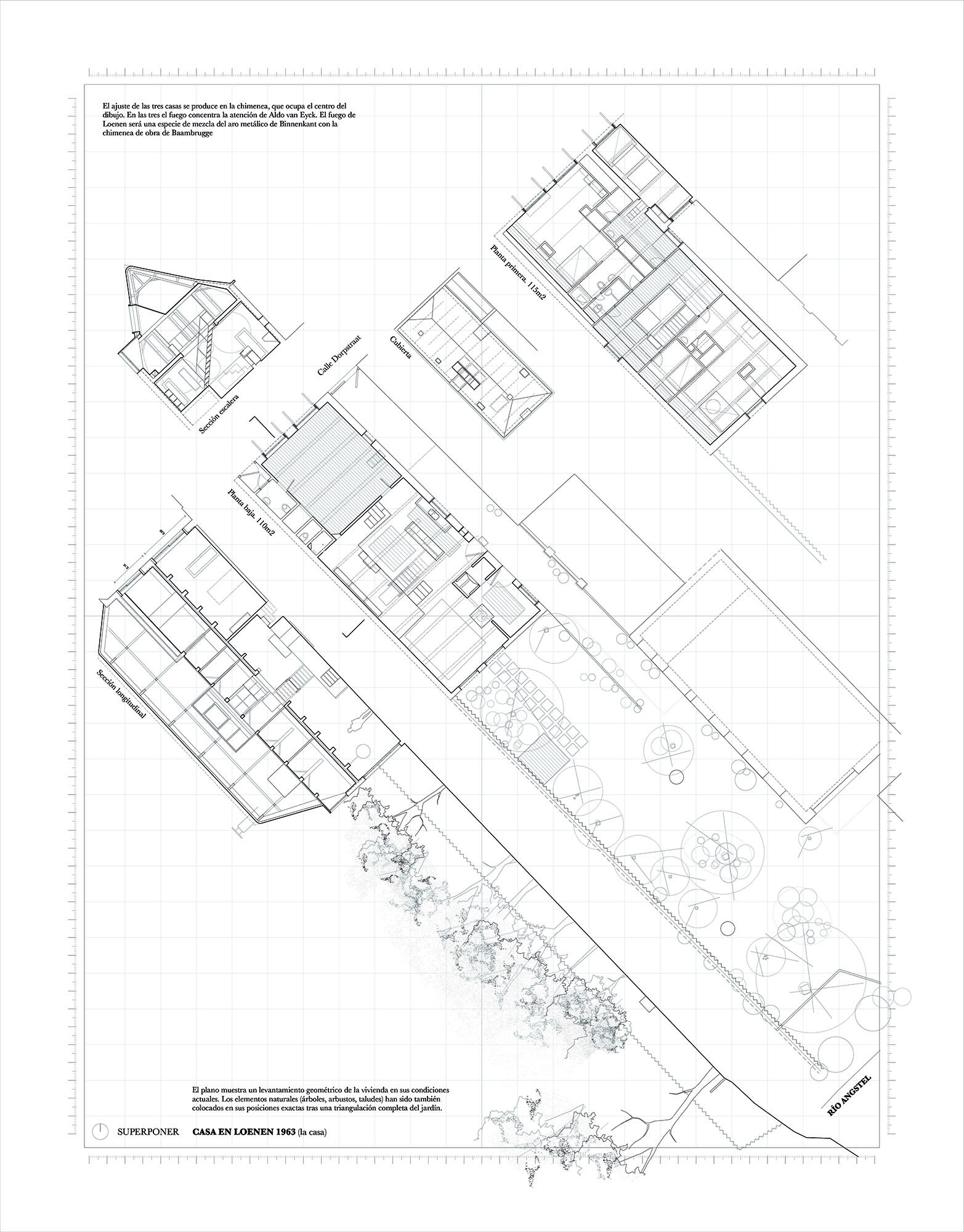 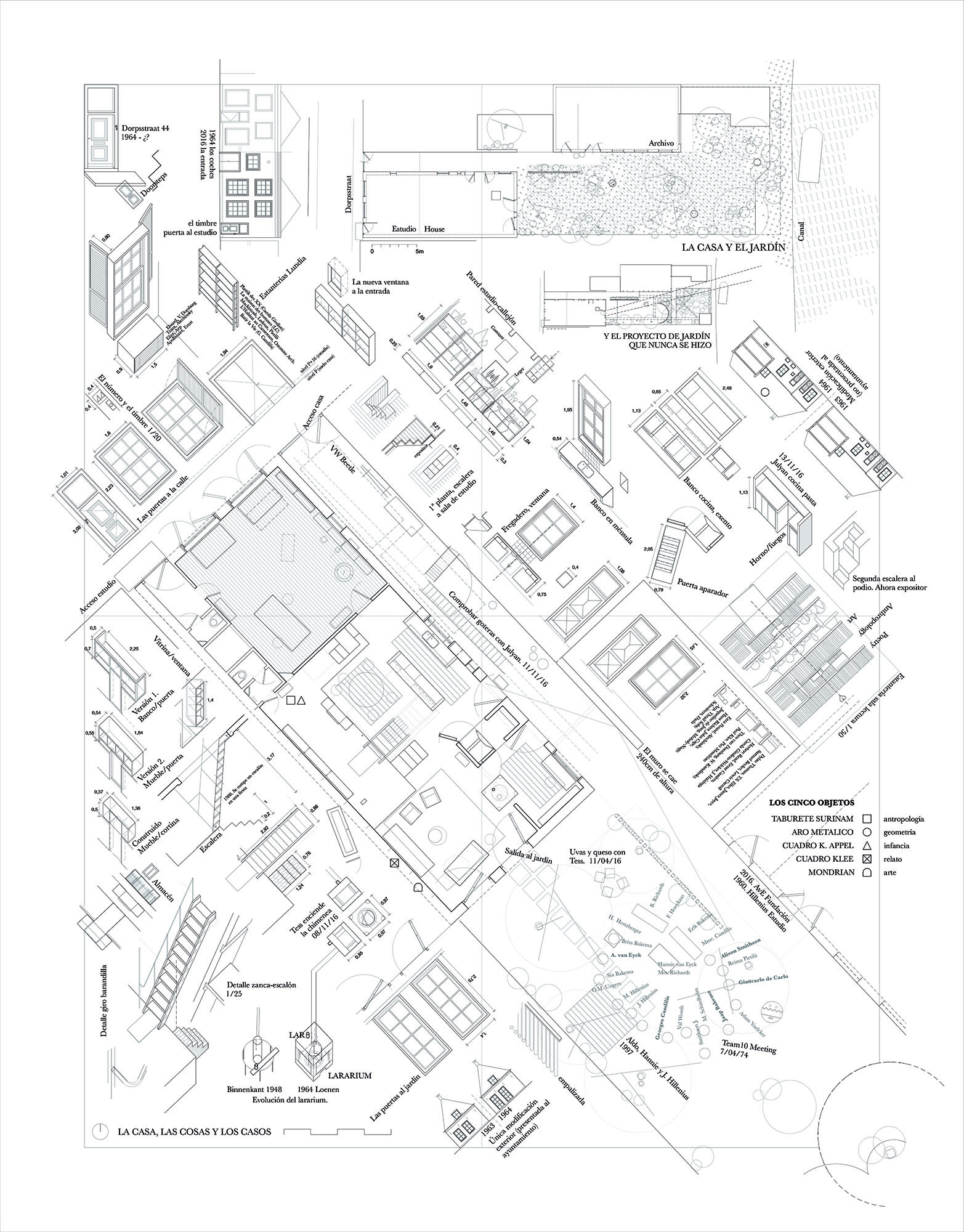 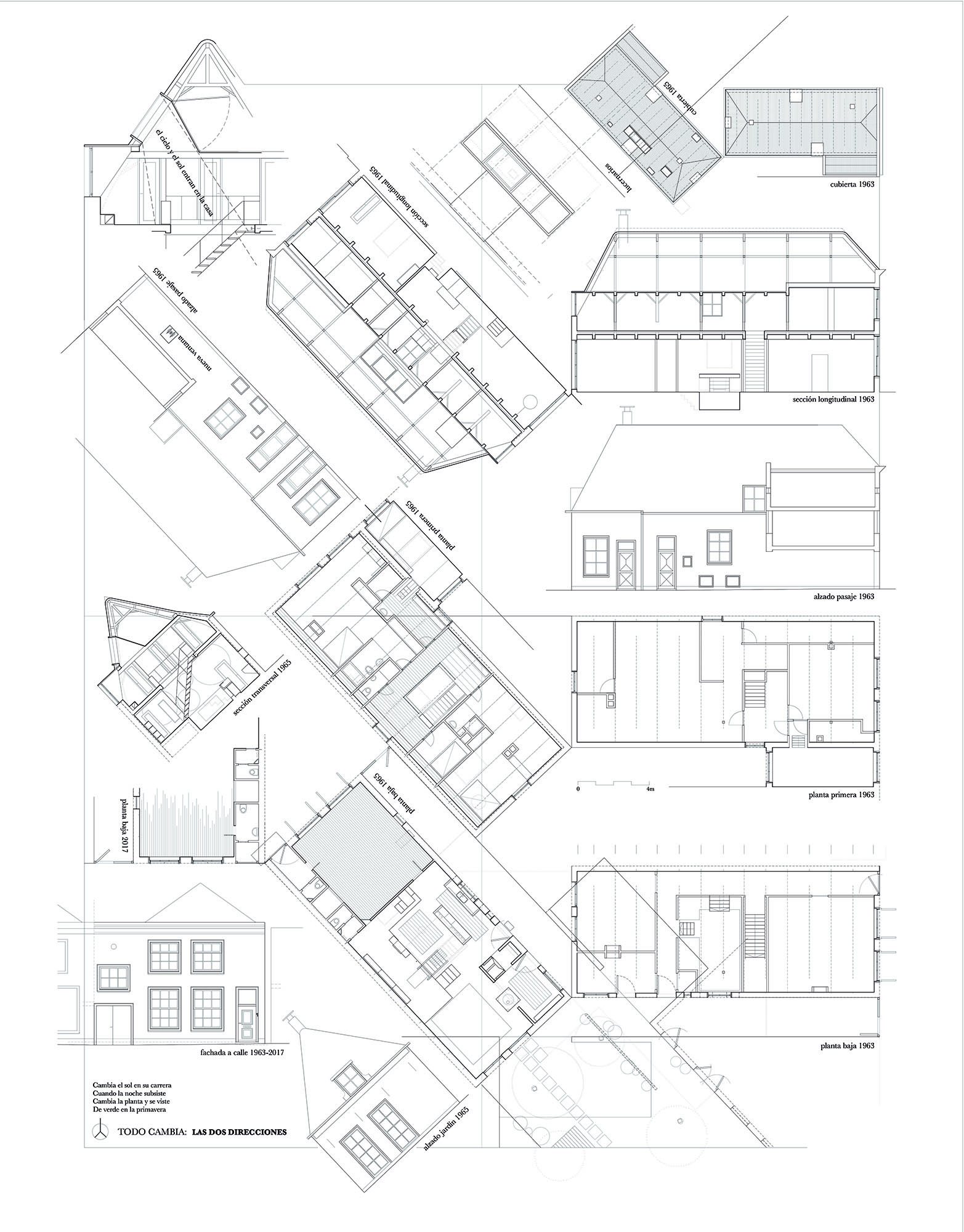 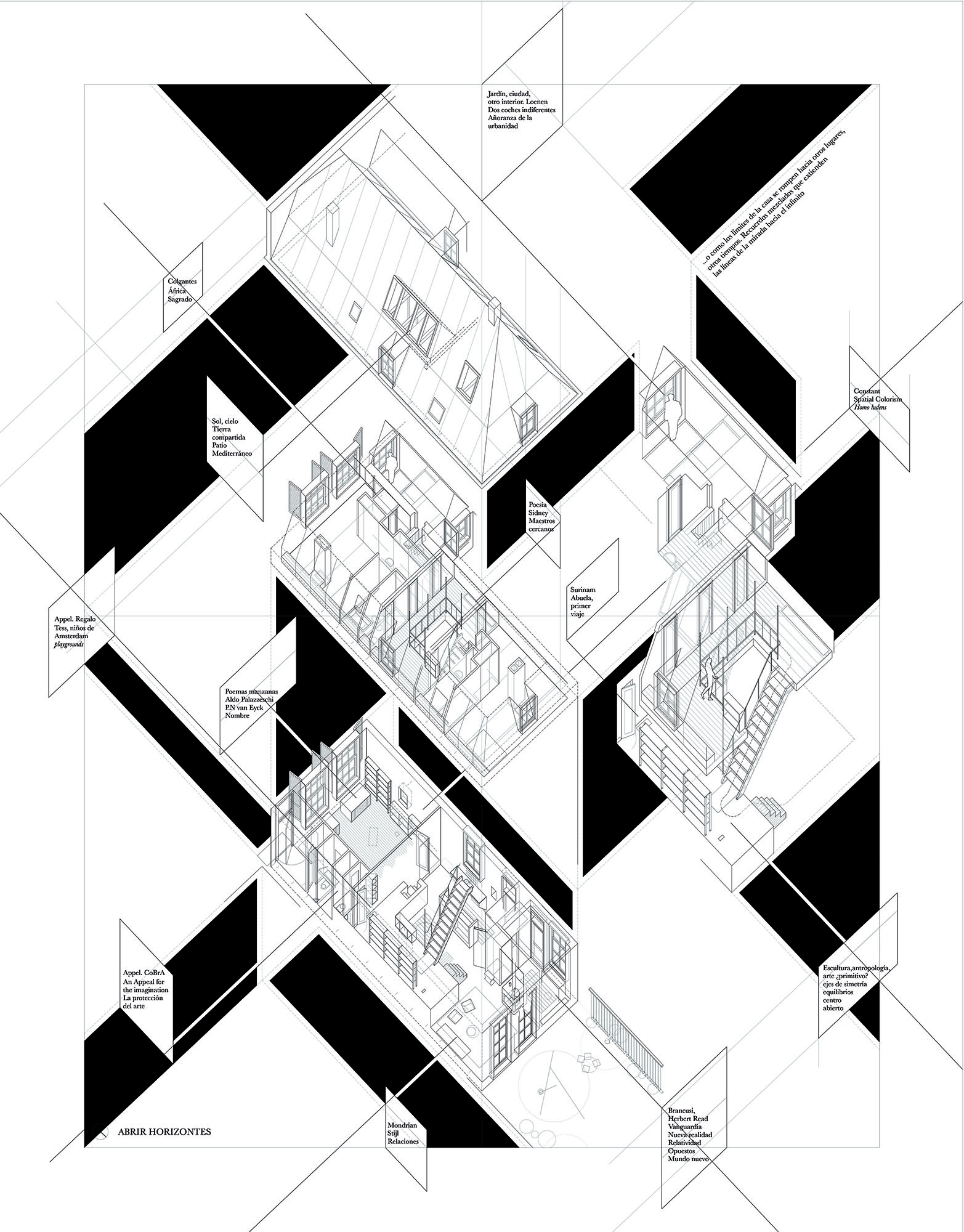 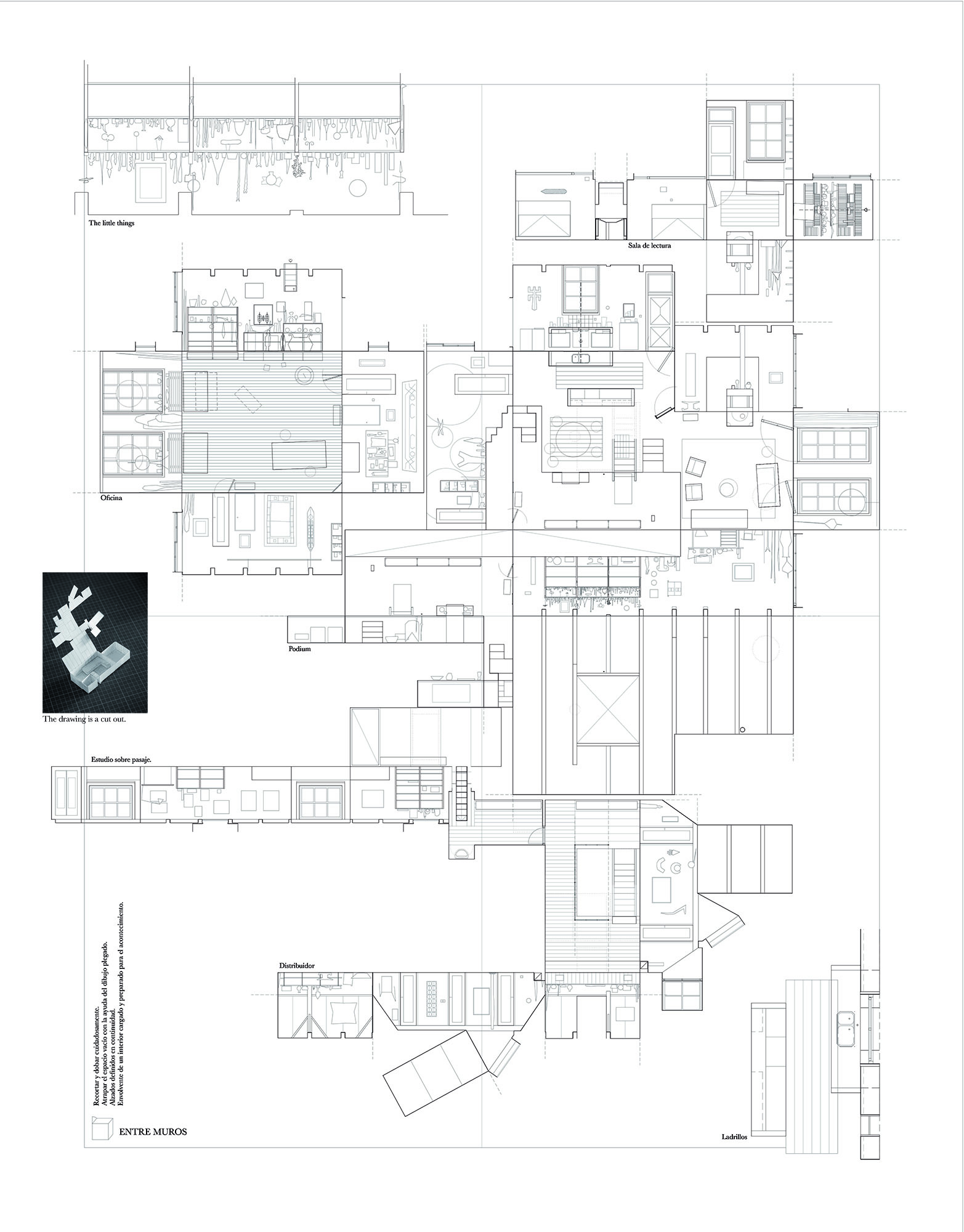 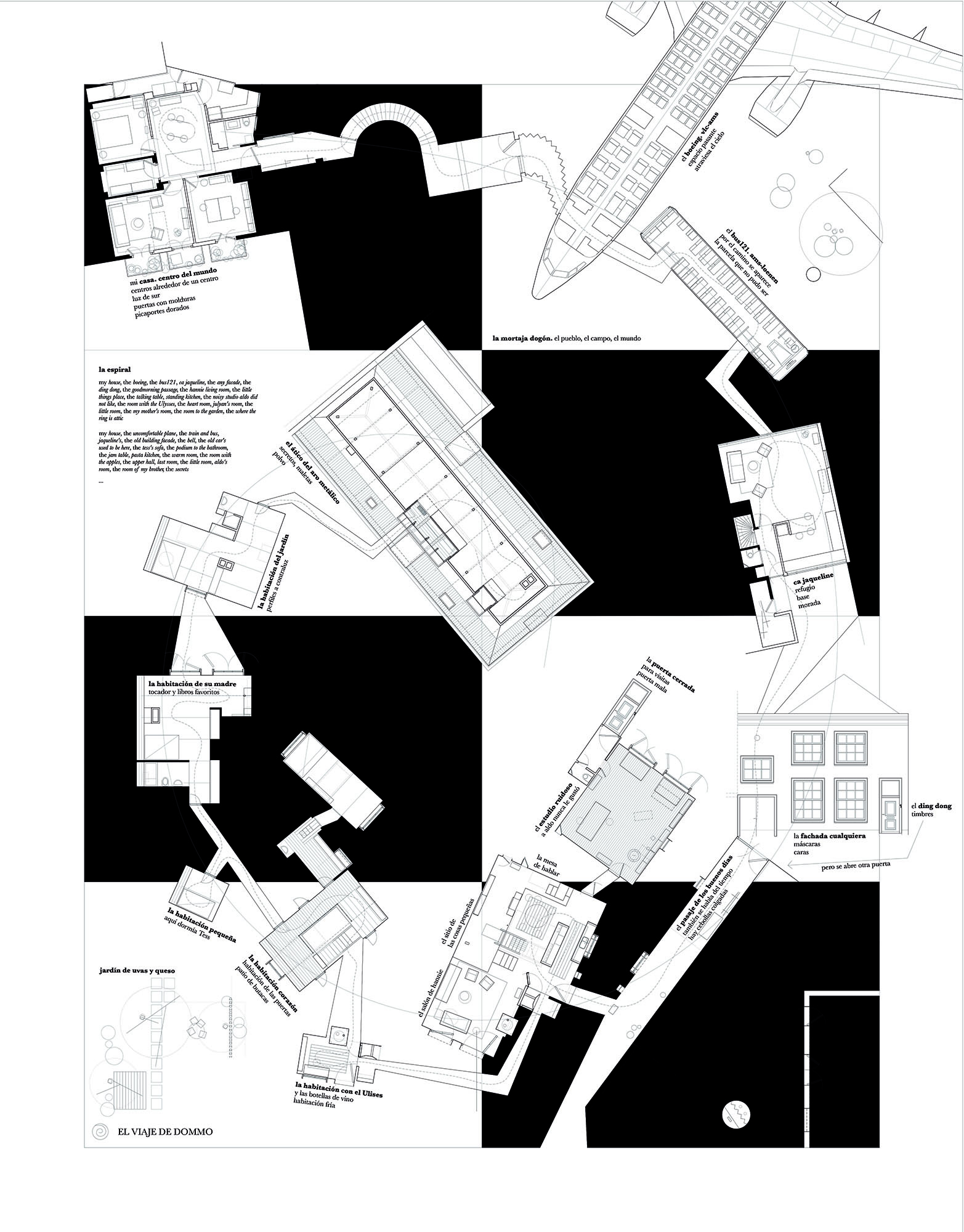 This house was built in 2016, 1964, or the seventeenth century. It has been under construction for 300 years. In late 17th century, a Dutch family built a house in Loenen, near the River Vecht. Throughout the centuries, it underwent several transformations.

In 1964, Aldo van Eyck acquired the historical construction in an auction, due to the impossibility of finding home in Amsterdam. They inverted the building by opening a large skylight in the center of the house. The closed space was transformed into a place that revolves around a covered patio, a roofed Roman atrium. The center was emptied and the public rooms pushed towards the perimeter, so the house, previously introverted, opens to the sun and sky. The outside completely transforms the inside during the day. A kitchen, a dining room, a living room, an office, a garden, four bedrooms and a library.

In 2014, Tess van Eyck and Julyan Wickham came to live in the house. They brought new objects, repaired the furnace, transformed the garden…

In 2016, Alejandro visited the house. He decided to analyze it for his PhD. Between 2016-2017, he carried out surveys and drawings, a complete mapping of the space and a catalog of the entire Van Eyck’s library and art collection. Alejandro, the last inhabitant of the house for three months, transformed it into Architecture: Aldo van Eyck's latest project, open to the analysis of Academia. The most important: his home. After all, wrote Van Eyck, "architecture is built homecoming".

This project is a home, the house of Aldo van Eyck in Loenen, a place that has gone unnoticed for architectural criticism until now. However, it’s not just a groundbreaking interior designed by Van Eyck, but the place where all his interests intersect. There, we can find his collection of vernacular and avant-garde art, books, drawings and models, vinyls and everyday objects. The house, built by Van Eyck himself for 35 years (1964-1999), stands as a domestic place, Musée Imaginaire, personal reading of the world. It can be used as an entry to understand how domesticity, global travels and art collecting intersect and sustain a non-universalist view from which architecture can be reconceptualized.

But the author of a house is not its Architect but its Inhabitants, those who complete it day by day. Since 2016, as last inhabitant, I have studied this house, transformed it into a book. I have made new drawings, catalogued the library, taken photographs that show it in use, full of objects, inhabited daily.

A House is never finished. When still inhabited, it is under construction every day. Architecture is only realized in time, when interiorized by its inhabitants. Van Eyck’s house in Loenen probes that it takes thirty-five, three-hundred years, the time of the Universe; to learn how to inhabit, to build a Place. Home as a process by those unpacking their "art of living".