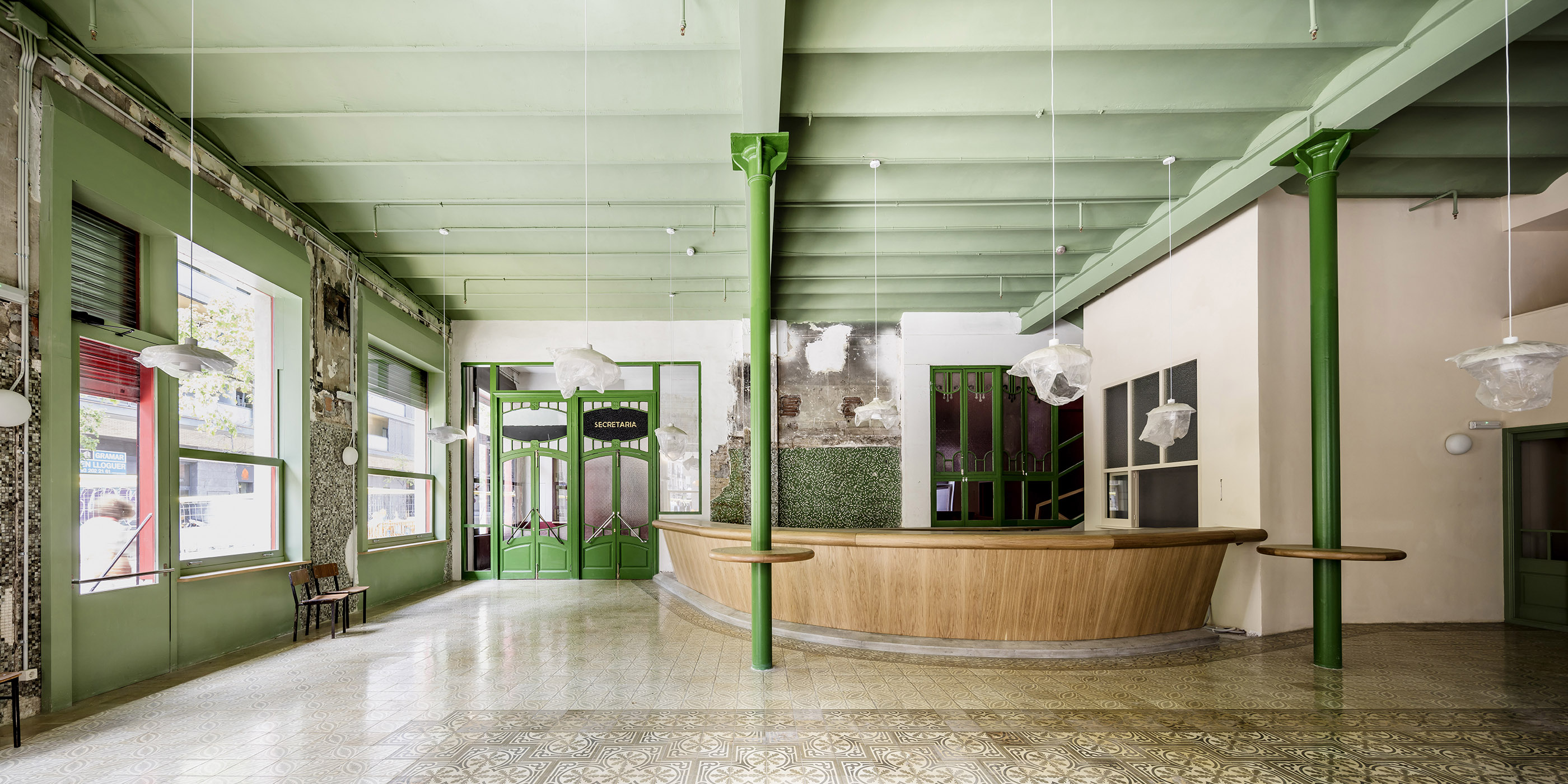 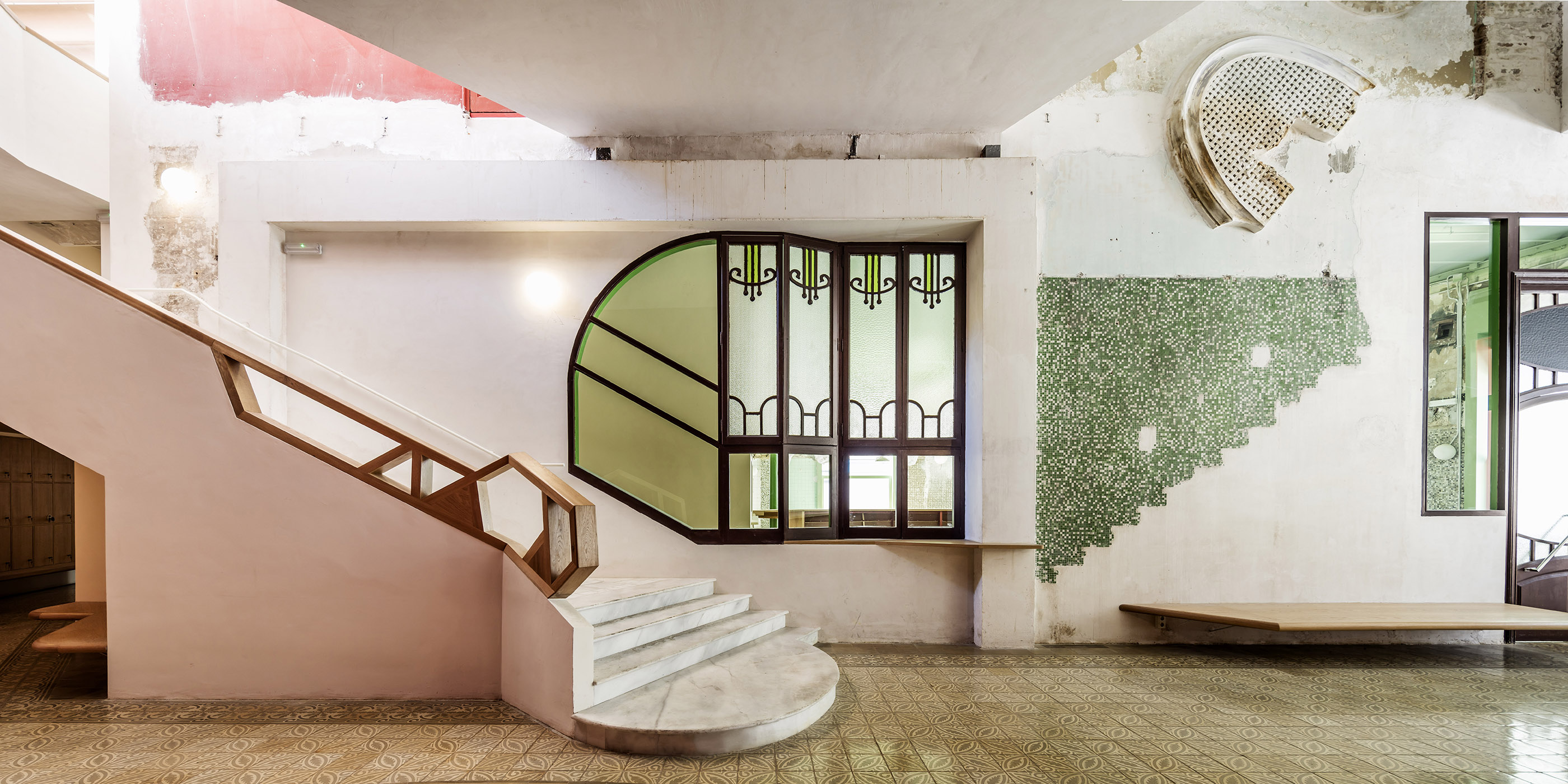 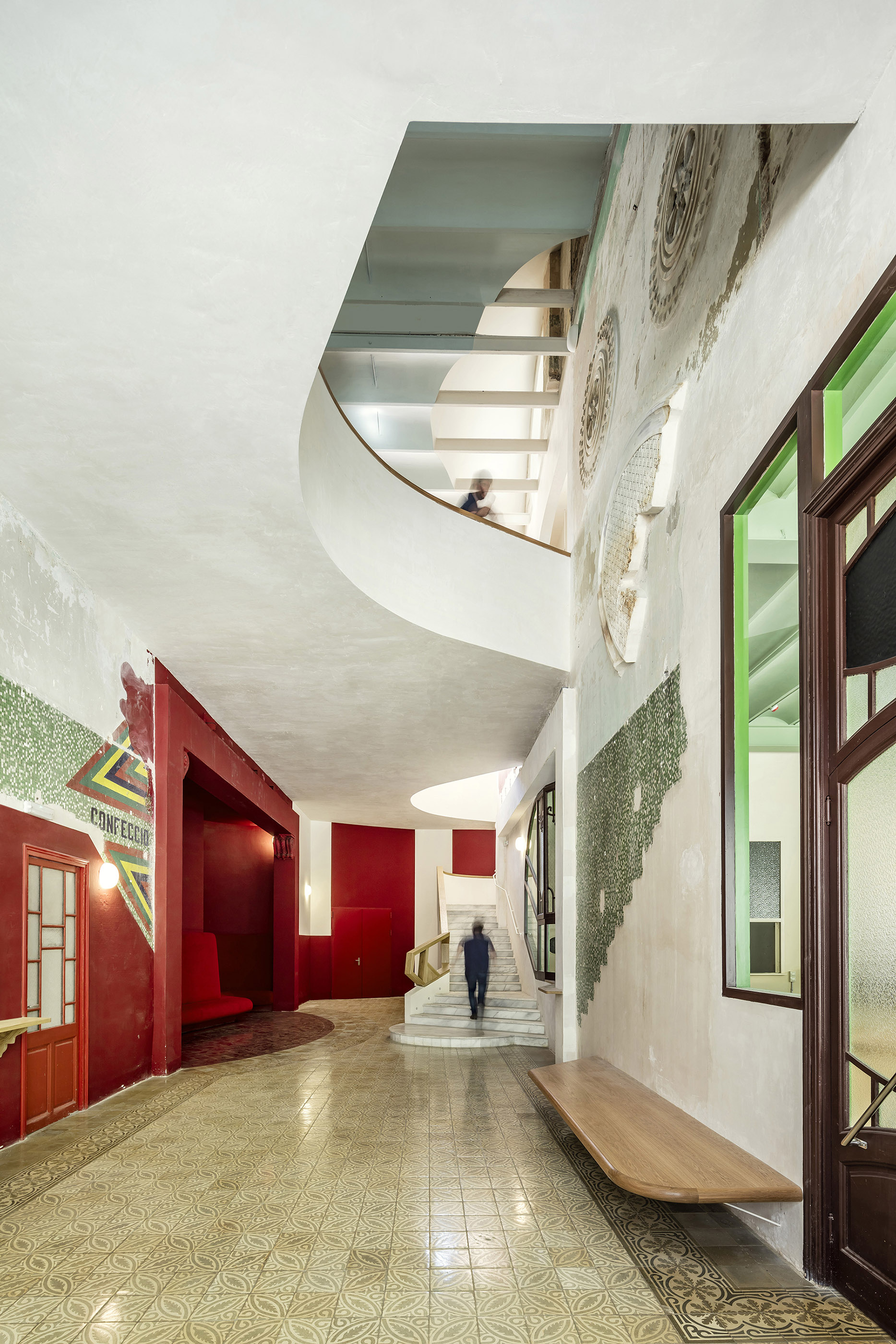 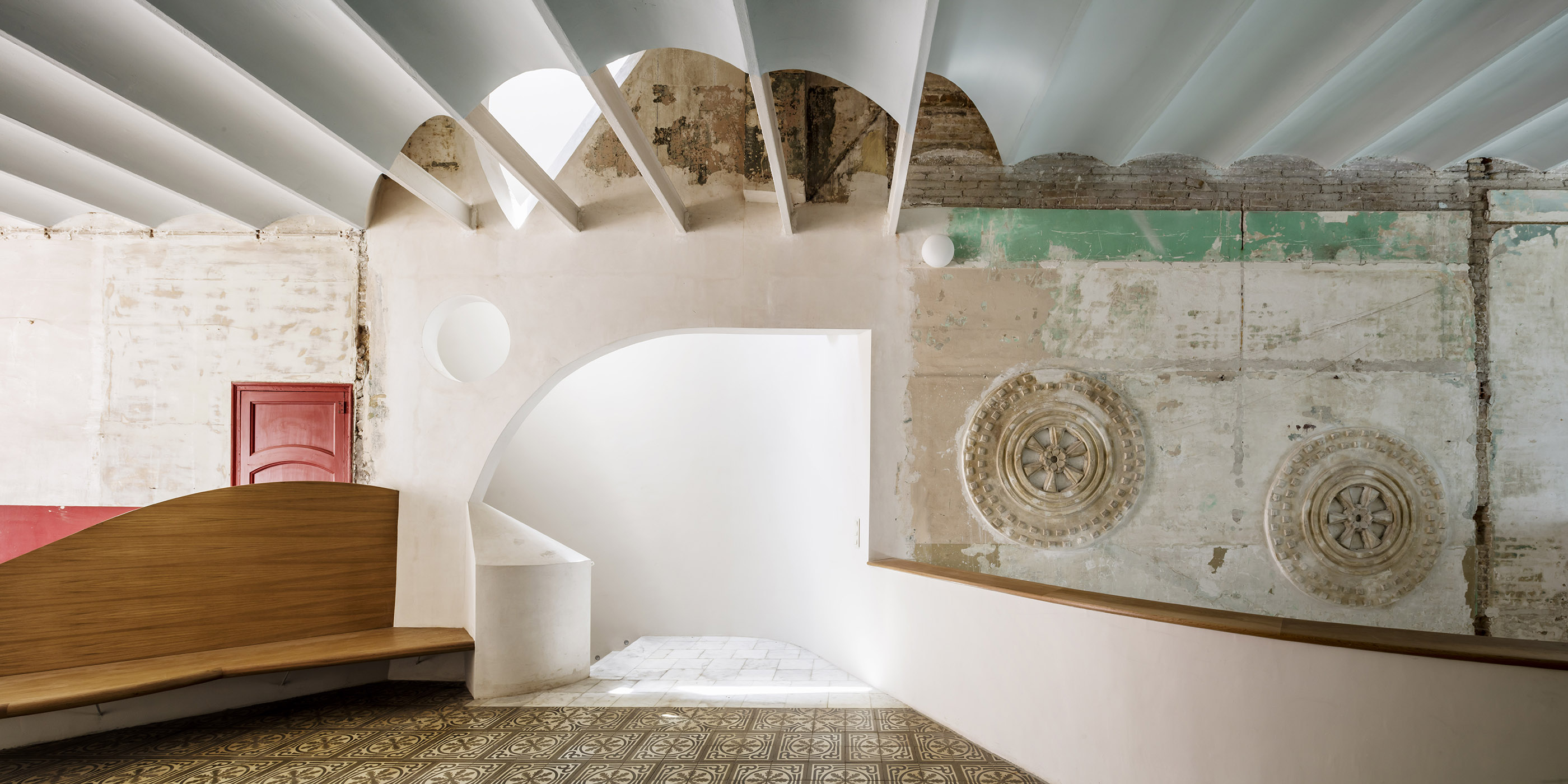 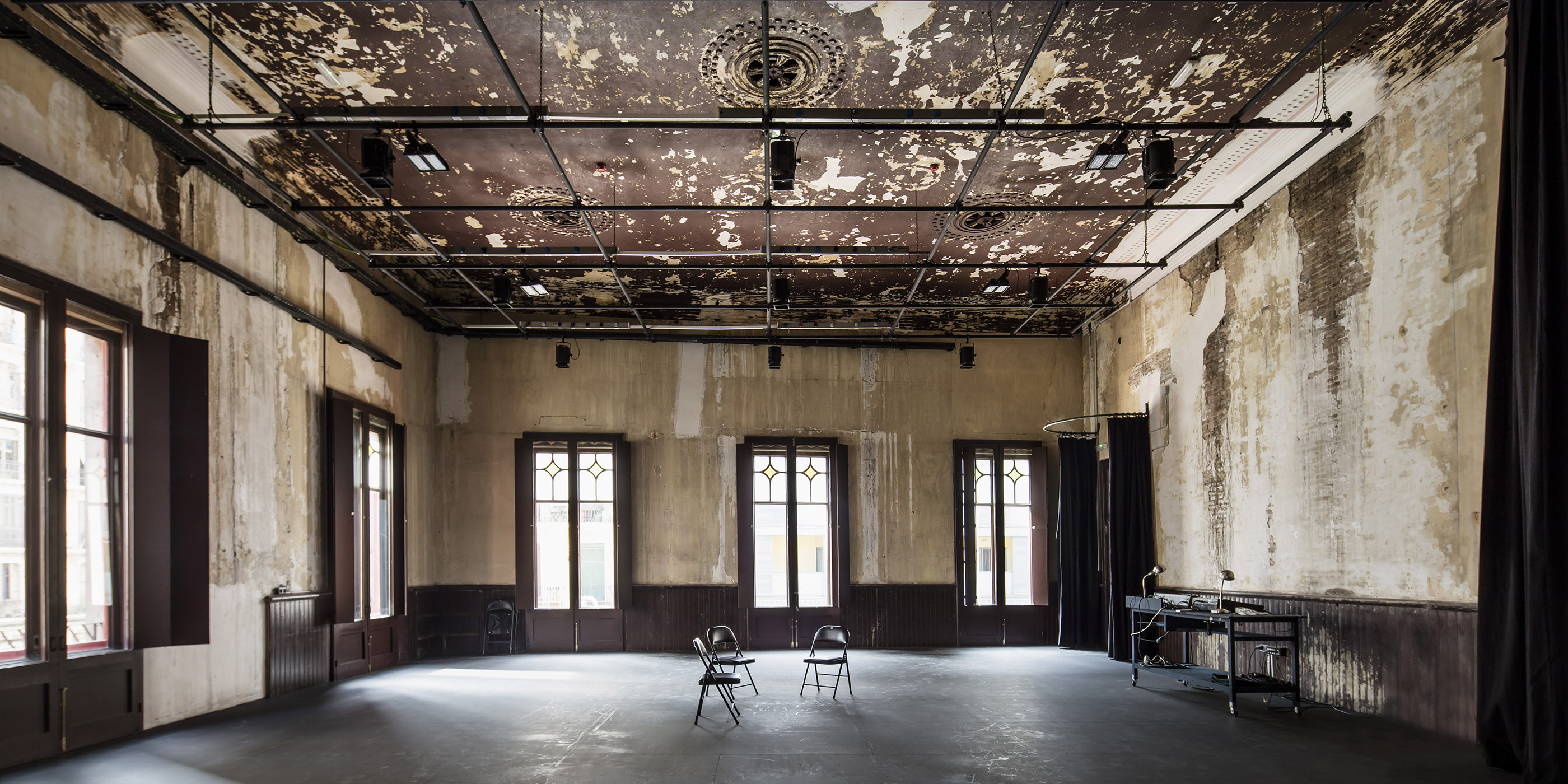 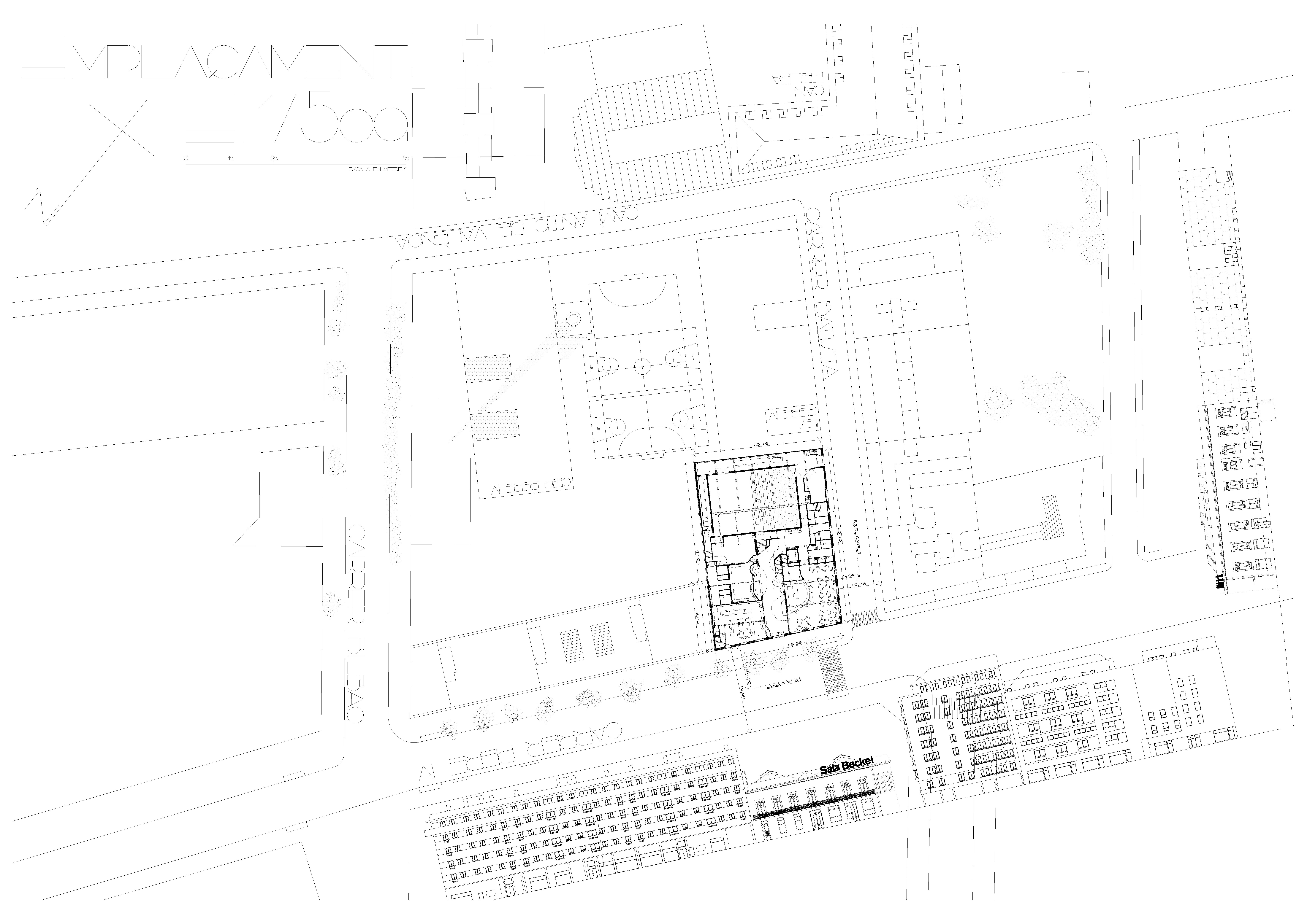 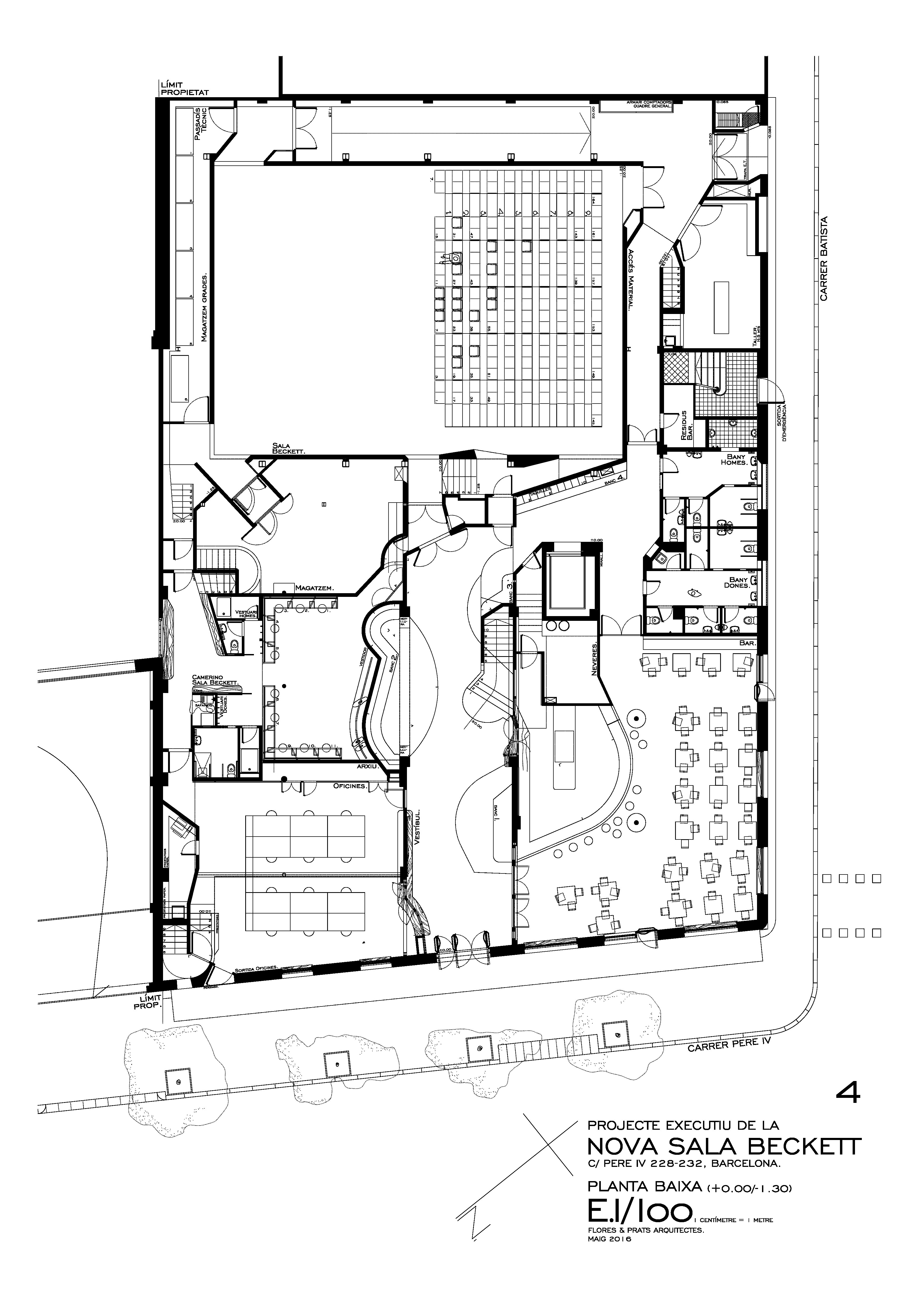 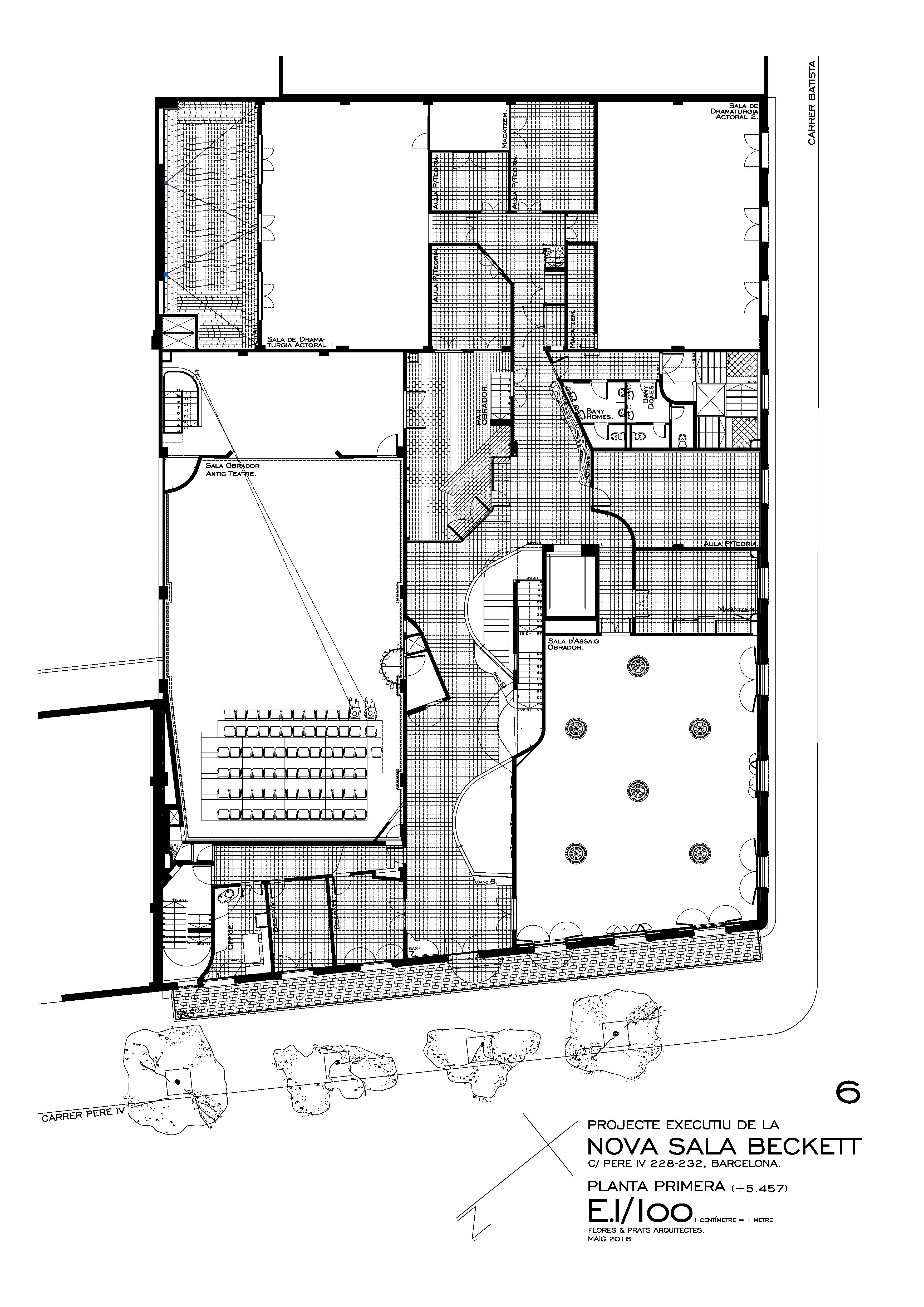 The project occupies the former social club "Pau i Justícia", deeply rooted in the memory of the neighbourhood Poblenou, a space where long ago neighbours had celebrated marriages, first communions and parties, which was abandoned for many years. Now its doors open again and these neighbours must recognize the spaces in their memories at the same time that the building has been adapted to the new program: a theatre and a dramaturgy school, a place to celebrate the theatrical creation.
The design process has been done with the utmost respect towards the former social club, studying the existing spaces and decoration and relaying on them to create the atmosphere of the new drama centre. A large foyer connects all the levels through a series of successive openings, exposing completely the building to a promenade of interior sights, in a way that everyone entering is attracted to look up or around, see people and say hello. Thus, the foyer becomes somehow a domestic place, where relations and exchanges can happen unexpectedly, surprisingly in its many turns, corners and benches… The real theatrical activity is not just happening at the exhibition spaces but expanded to the building as a whole.

Barcelona, Sala Beckett, 2016. This film is composed by parts of conversations, walls, materials, faces, activities… Materials and people that are part of this building, that come from the past or the future, and are represented by it. This film is about the results of remodeling a former Social Club into the new Sala Beckett, a space for creation made by Flores & Prats architects. A claim to share and to pay attention to details. This is how life becomes intense.